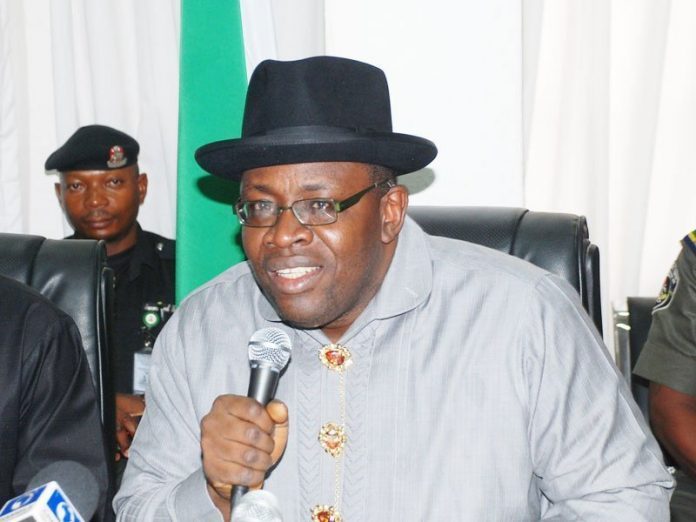 Organisers of the Governor Seriake Dickson Football Tournament, otherwise known as the ‘Restoration Cup’, have expressed their gratitude to the Bayelsa State Governor, Henry Seriake Dickson, for his unprecedented support in Sports development in the state.

This is coming as eighteen players selected at the last edition, named “The Restoration Starlets”, on Wednesday, left the state for Senegal en route Cape Verde, for an invitational tournament, set to kick off this weekend. Speaking in Yenagoa, the Bayelsa state capital, Director General of the Restoration Cup, Ono Akpe, described the backing by the Governor, as laudable, as his efforts has led to several outstanding achievements recorded in the sporting sector, since he took over as the number one citizen in the state, in 2012. Ono listed the excellent performances of the St. Jude’s Girls Secondary School, in Basketball, victory of Bayelsa Queens in the last edition of the female league and placing 5th in the last National Sports Festival. Other sporting achievements include the construction of the Bayelsa Sports Academy in Asoama, the construction of a grade-A Golf course, and the Polo Club, the annual wrestling classic ,   the refurbished Samsom Siasia Stadium, as well as hosting the past two editions of the Restoration Cup, not to mention but a few, as some of the landmark achievements of the Restoration government. In his words, “Governor Seriake Dickson has done very well in Sports development, because, if you kook back at where the state was, and now, you will notice the paradigm shift in the sector. As we speak, for the first time in the history of the state, the Sports Complex will have a tartan tracks of international standard so going forward, our athletes will be better prepared for both regional, national and international competitions.

That’s what Seriake Dickson can bring to the table”. Sports Commissioner, Perekiye Burboyefe, who is also the leader of the delegation, on his part, reiterated the Governor’s vision, towards Sports development in the state, stressing that every project embarked by the Dickson administration in the sports sector, will be completed. Furthermore, Chairman, Nigeria Football Coaches Association, Bayelsa chapter, Diepreye Teibowei, who is also the Head Coach of the Restoration Starlets, commended Governor Seriake Dickson for sponsoring the team to the African Youth Cup in Cape Verde, adding that the team would make state proud. “I must say that am glad to be part of this history. I sincerely thanked the Governor for this feat. Sponsoring a young team like this, is what we have been clamouring for all these years. As the head coach, I will ensure the team performs well at the tournament, because our target is win the trophy”. Also speaking, National President, Sports Writers Association of Nigeria, Honour Sirawoo, appreciated Governor Seriake Dickson for approving Bayelsa to participate at Africa Youth Cup in Cape Verde, describing the move as a big boost to youth development. The Commissioner for Sports Develoment, will lead the delegation of 18 players, 7 officials, including the Director of Sports Rowland Tukuru   to the Africa Youth Cup, that would see 12 teams including 2  teams from Nigeria, some African Countries, alongside Benfica Youth team from Portugal, to battle for honours in Cape Verde, between 19th – 27th of April.