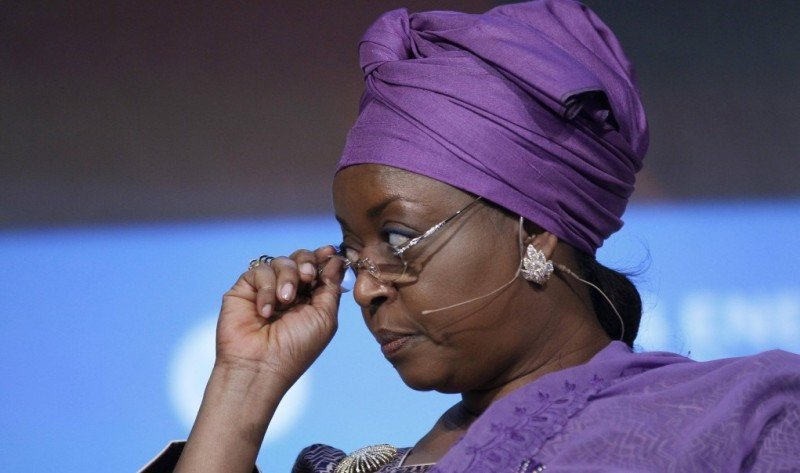 In a rebuttal which was sent from her lawyers, Alison-Madueke denied ownership of $153.3m recently forfeited to the Federal Government by a Federal High Court order, stating that the Economic and Financial Crimes Commission (EFCC) has not given her fair hearing.

National Daily gathered that the embattled ex-minister, who is currently said to be undergoing treatment for cancer in the United Kingdom, said the EFCC did not notify her or her lawyers of any indictment, including properties that were allegedly seized from her.

She wrote, “I am deeply disturbed and bewildered by recent media reports claiming that by virtue of an order of the federal high court, I have forfeited to the federal government the sum of $153.3m, which I purportedly stole from the Nigerian National Petroleum Corporation (NNPC).

“This was never done. I wish to state that I cannot forfeit what was never mine. I do not know the basis on which the EFCC has chosen to say that I am the owner of these funds as no evidence was provided to me before the order was obtained and they have not, in fact, served me with the order or, any evidence since they obtained it. As of the time of my writing this rebuttal, the EFCC has still not furnished me or my lawyers with a copy of the order.”

The former minister also noted that “I am also informed by my lawyers that the legislation under which the EFCC obtained this order is for situations where the funds are believed to be the proceeds of crime and the owner is not known. I do not, therefore; understand how the EFCC can in the same breath say that the monies in question are mine.

Mrs. Alison-Madueke also dismissed claims that the EFCC found $700 million in her home in Abuja.

“Would the videos of this $700 million cash discovery not have made good viewing? Or should those who recovered this money not tell the public where exactly the money has been kept,” she queried.

She stated that the fight against corruption in Nigeria will be far better served if the EFCC focus on incontrovertible facts, as opposed to media sensationalism and completely distorted stories, in their bid to demonise and destroy a few specially chosen Nigerians.

“It is therefore sad and distressing that in spite of all that I tried to do in the best interest of our nation, I continue to be faced with constant demonisation, unproven accusations and deeply personal insults.

Share this on WhatsApp
Related Topics:asset confiscationEconomic and Financial Crimes Commission (EFCC)former Minister of Petroleum ResourcesMrs Diezani Alison-Madueke
Up Next

N300m suit: Court to decide on Evans suit against NPF, others today