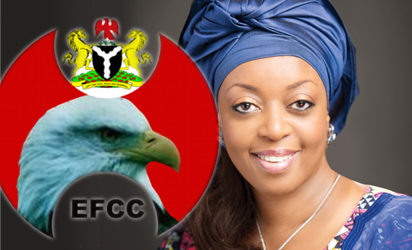 Belgore and Sulaiman are being tried before Justice Rilwan Aikawa on an amended five-count charge.

According to the amended charge, on or about March 27, 2015, Alison-Madueke was accused of conspiring with Belgore and Sulaiman to directly take possession of the sum of N450 million, which they reasonably ought to have known to be part of proceeds of unlawful act.

The two defendants were equally said to have taken the said funds in cash, which exceeded the amount authorized by law, without going through any financial institution.

They were also accused of paying a sum to the tune of N50 million to one Sheriff Shagaya, without going through financial institutions.

The witness told the court that the money was taken to the bank in suite cases.

The witness also told the court how the former minister had a meeting with the Managing Director of a bank on how the money should be changed to Naira, and distributed to the 36 States of the country and the officials of the Independent National Electoral Commission (INEC), during 2015 general election.

However, the matter was brought to a halt at the instance of the prosecutor, Oyedepo, who asked the court for adjournment, on the ground that he needed to meet a witness who would be testifying in another criminal matter at a Lagos High Court on Thursday.

The presiding judge, Justice Aikawa adjourned the matter till June 8, for continuation of trial.

Share this on WhatsApp
Related Topics:Economic and Financial Crimes Commission (EFCC)Mrs Diezani Alison-MaduekeUsman Zakari
Up Next

CCT queries use of public funds to buy vehicles for politicians