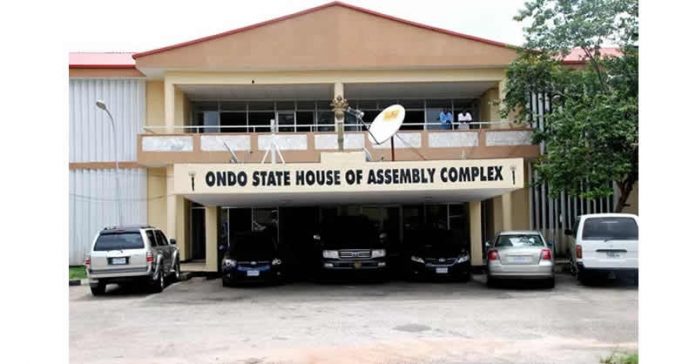 Following the impeachment of the Ondo House of Assembly speaker earlier Friday, members of the Ondo State chapter of the National Union of Road Transport Workers invaded the Assembly complex, throwing out the lawmakers and the staff.

Speaker Bamidele Oloyeloogun and his deputy, Mr. Iroju Ogundeji were impeached by the 18 members of the House in the morning.

Replacing them are Olamide George and  Abimbola Fajolu as Speaker and deputy Speaker respectively.

The state has plowing through one political crisis or the other.

Gov. Rotimi Akeredolu is among those fighting the APC national chairman Adams Oshiomhole.