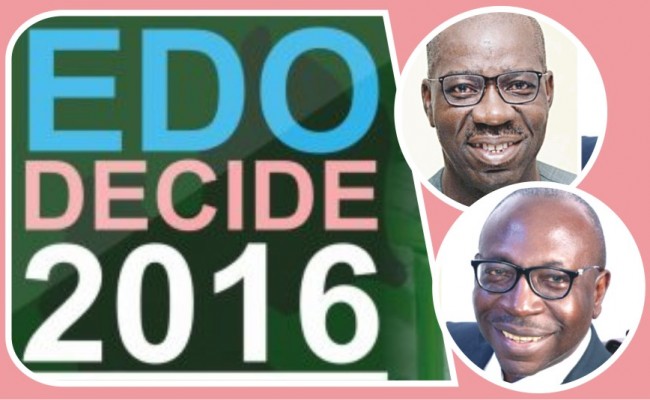 As the much anticipated Edo state governorship elections kicked off, relative turn out is said to be experienced in most of the polling booths.

It will be recalled that with a registered voter population of about 1.9 million a little less than 500,000 voters turned out during the last presidential election. And following all the political activities that have characterized the build up to this election, a lot more people were expected to already begin to throng the various polling units.

Investigations by National Daily revealed that the decision by the Independent Electoral body that individual voters can vote immediately after accreditation may have contributed to the seeming scanty crowd in most polling units. Meanwhile, some observers hinted that the air of insecurity and attendant intimidating presence of heavily armed security operatives may have also kept most voters indoor.

National Daily observed that in Benin City, the political headquarters of Edo South believed by pundits as the Senatorial District that will determine the winner or loser of the contest, voters’ turnout is massive.

But at Ward 6, unit 7 in Ubiaja, accreditation has started with low voters turnout. Also in Ward, Unit 6 at Ebhuru quarters, accreditation is yet to start as tables for INEC official are not available.

A source told National Daily that arrangement are being made to provide necessary sitting arrangement noting that INEC adhoc officials are patiently waiting for the commencement of accreditation.

At Ilaro College of Education, it was gathered that accreditation has commenced with huge turnout at the centre and the place is relatively calm.

It was also gathered that there was enough police deployment. Other security agencies on ground which include National Security and Civil Defence Corps (NSCDC), Department of State Security, and soldiers.

At Oko quarters at the Government Reservation Area and around Airport road, the situation is calm as voters are being accredited.

At the moment, National Daily learnt that soldiers and other security agencies who took over the streets of the state yesterday evening are patrolling the nooks and crannies of Benin City.

As a result of today’s election, the IGP Ibrahim  Idris had imposed restriction of movement during the election period.