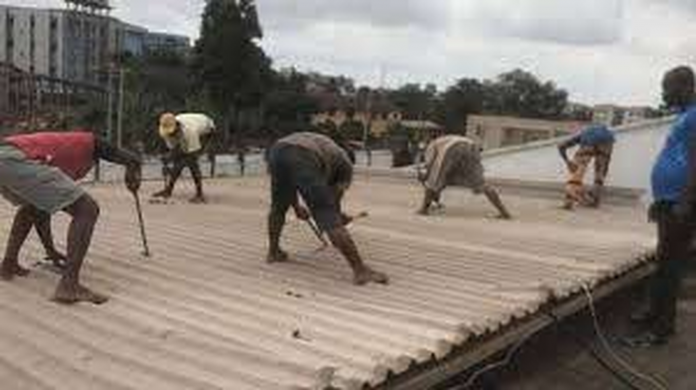 No fewer than seven hoodlums suspected to have vandalized the Edo House of Assembly in Benin City on Thursday have been arrested by the police.

The thugs, armed, were among those Gov Godwin Obaseki allegedly condoned as they prevented the 17 lawmakers-elect of the House from sitting, thereby prompting the lawmakers to hold their session elsewhere.

The chamber was vandalized, its roof removed, and the symbolic mace was destroyed in the process, according to a video which showed Obaseki marshalling trucks dumping gravel by the gate of the premises. The building was said to be under renovation.

The APC and its candidate Osagie Ize-Iyamu had earlier said Obaseki should be held responsible for the escalating violence in the state, though the PDP insisted the APC-federal government is behind it all.

The state Commissioner of Police, Mr Johnson Kokumo, has yet to make official statement on the arrest.