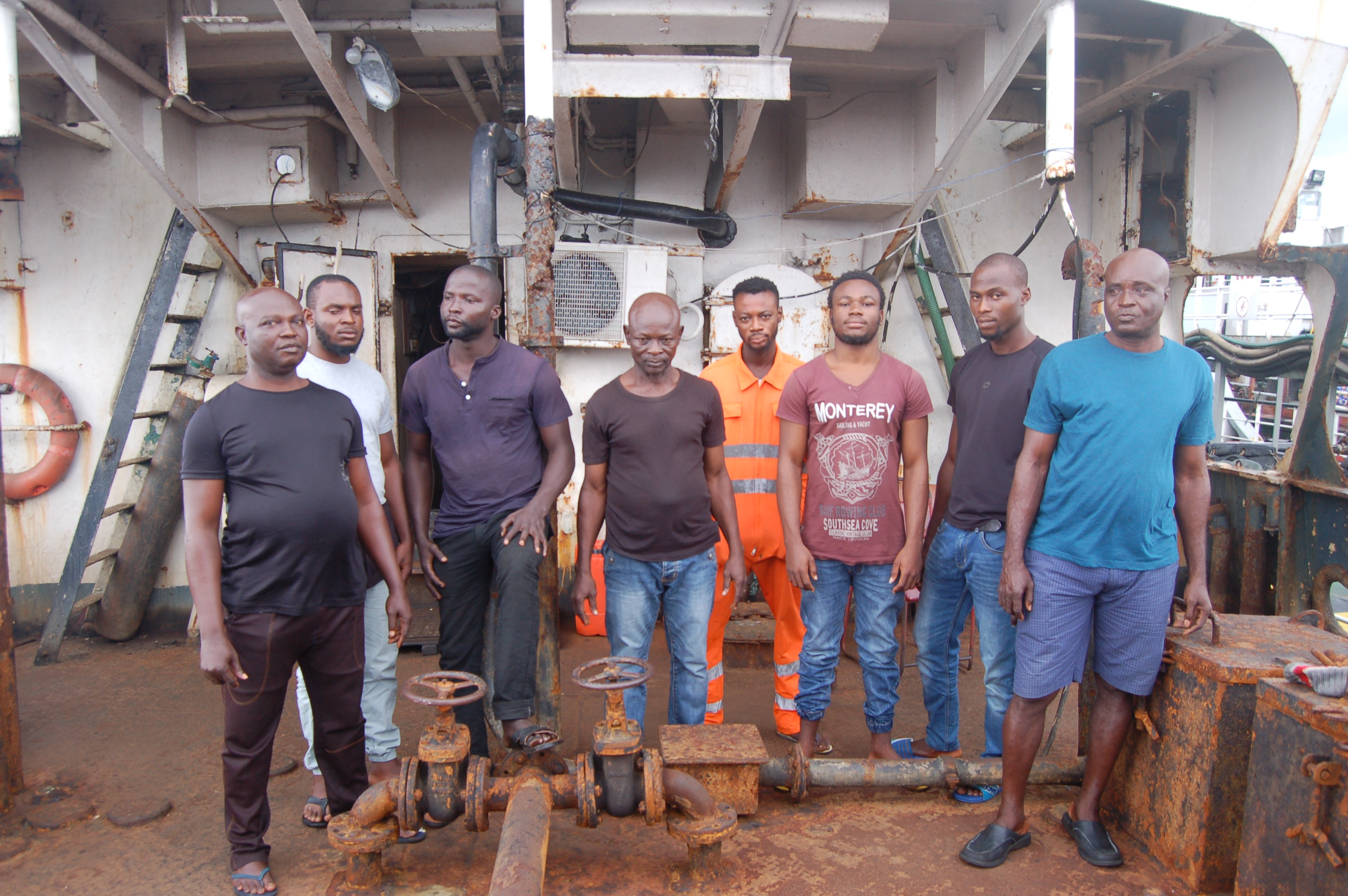 National Daily learnt that the suspects are facing a two-count charge, bordering on conspiracy and dealing in petroleum products without a licence.
The suspects identified as Christian Nwankoafor (Captain); Solomon Avwenaghagha;  Egwiniwin Felix;  Anthony Onyenedum; Bassey Akpan; Ezra Njoku, Moses Jonah and Imeh Michael were arraigned alongside their vessel: MT Rockfish.
They were arrested by the Nigerian Navy Pathfinder, around Jonny River, Port Harcourt, Rivers State, on March 24and 20 April, 2017 for suspected illegal bunkering activities and handed over to the EFCC for prosecution.
ALSO SEE: Thieves stripped my house bare – Fmr President Jonathan
Though they pleaded not guilty to all the charges brought against them, they were however remanded in the prison custody. 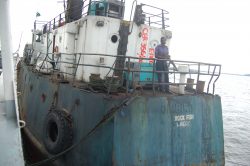 Count one charge preferred against the accused persons read: “That you Christian Nwankoafor (Captain), Solomon Avwenaghagha, Egwiniwin Felix, Anthony Onyenedum, Bassey Akpan, Ezra Njoku, Moses Jonah, Imeh Michael and MT Rockfish and others at large on or about the 24th March, 2017 in Port Harcourt within the jurisdiction of this honourable court did conspire among yourselves to commit felony to wit: distribute, deal in or with petroleum product without appropriate licence and thereby committed an offence contrary to Section 3(6) of the Miscellaneous Offences Act CAP 17 of the revised Edition (Laws of the Federation of Nigeria) 2007 and punishable under section 1(17) of the same Act”
In view of their pleas, the prosecution counsel, M. Orji applied for a trial date.
The defence counsel, M.S. Agwu told the court that he had filed a consolidated bail application for all the defendants.
As a result, Justice Oshoma adjourned the matter to August 2, 2017 for hearing of bail applications and ordered the accused persons be remanded in prison custody.
Share this on WhatsApp
Related Topics:Economic and Financial Crimes Commission (EFCC)Federal High Courtillegal oil bunkerersoil thievesPort Harcourt
Up Next

Reason married man beat girlfriend to death on her birthday