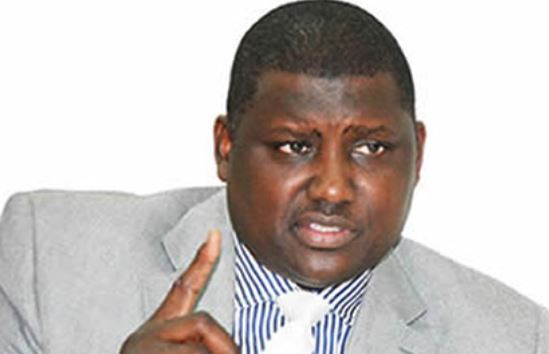 The EFCC counsel, Farouk Abdullah, urged Justice Okon Abang of the Federal High Court, Abuja, to reject the oral application by Katu on the ground that it failed to comply with relevant section of the law.

Katu notified the court of his intention to withdraw from the trial.

“The matter is for continuation of hearing for us to bring another witness.

“Before then, we have a very simple application to make.

“It is to seek from this honourable court to specially withdraw from this matter.

“In making this application, we have all it takes to appreciate the court’s indulgence,” he said.

However, Abdullah opposed the prayer, saying the senior counsel did not comply with Section 349(8) of the Administration of Criminal Justice Act (ACJA) 2015 in making the request.

“As rightly stated by the senior counsel, the matter is slated for continuation of defence.

“My lord, the defendant has a constitutional right to a counsel of his choice and a counsel in a matter can also withdraw at any time he deems fit.

“In view of the noncompliance of senior counsel with the provision of extant law on withdrawal of counsel, we pray the court to refuse the application and direct that the business of the day be done,” he said.

Katu, who acknowledged that the section of the law provided that an application for notification to withdraw had to be made to the court not less than 3 days before hearing, said he had a discussion with the prosecution counsel “off record” on the issue before the sitting.

He, therefore, prayed the court for a short adjournment to enable him file necessary papers in compliance with the law.

Responding, Abdullah said the law did not give the court the avenue to use its discretionary power on the matter.

“The operative words: ‘shall notify the court’ is mandatory to rob the court of the discretion to direct otherwise.

“We therefore urge the court to discountenance his application for adjournment,” he added.

In his ruling, Justice Abang, who held that “what is off record is not before the court,” said the application for adjournment lacked merit.

The judge also said that Katu had not offered any explanation on his intention to withdraw from the case.

He said his plan to withdraw was to compound the issues before the court and to hold the court to ransom.

Abang, who refused the application, ordered the proceeding for the day to continue.

The News Agency of Nigeria (NAN) reports that in the course of the trial, Joe Gadzama, SAN; Adeola Adedipe, were among Maina’s lawyers who had withdrawn their services in the matter.

Maina and his company, Common Input Limited, are being prosecuted by the EFCC on charges bordering on money laundering to the tune of N2.1 billion.