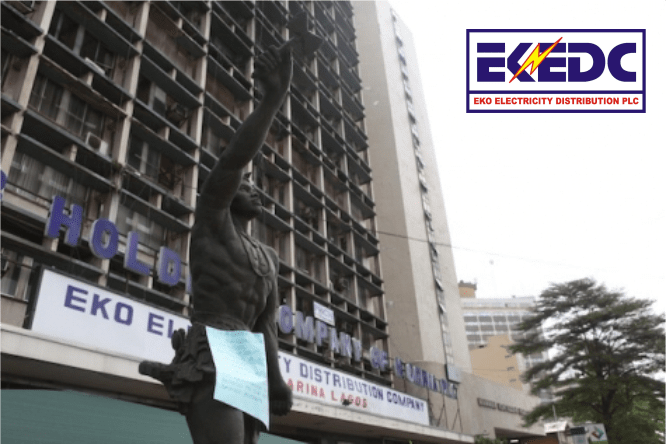 Eko Electricity Distribution Company (EKEDC) says it is procuring and upgrading distribution infrastructure to boost power supply to customers under its Ajah and Ibeju Business Districts.

The electricity Distribution Company (DisCo) said the execution of the projects which included substations, feeders, and transformers was being financed by a Central Bank of Nigeria (CBN) loan.

Dr. Tinuade Sanda, the Managing Director, EKEDC, made this known at a customer engagement forum organized by the DisCo on Thursday at Ibeju-Lekki, Lagos.

The News Agency of Nigeria reports that the customers at the forum were drawn from various areas including Ajah, Sangotedo, and Ibeju-Lekki.

Represented by Mr. Joseph Esenwa, the Chief Financial Officer, EKEDC, Sanda said the DisCo had been holding engagements with customers across its network to foster relationships between both parties.

Sanda expressed optimism that the projects, when completed would significantly improve the power supply for EKEDC customers.

She noted that the CBN had also granted a loan to the Transmission Company of Nigeria (TCN) to upgrade transmission infrastructure across the country.

The EKEDC boss said the power sector had been facing several challenges such as inadequate gas supply, low power generation, the incessant collapse of the national grid, and vandalism of electrical installations.

According to her, the government and the industry stakeholders will continue to collaborate to improve the power supply in Nigeria due to its socio-economic importance.

She appealed to the customers to help in the protection of electrical installations in their locality and also report those engaging in meter bypass and energy theft to EKEDC officials.

On metering, Sanda advised the customers to embrace the ongoing Mobile Meter Asset Provider (MAP) scheme where customers could get their prepaid meters within 72 hours and avoid disputes relating to estimated billing.

Earlier, some of the customers who spoke including Mr. Abimbola Oke, Mr. Justice Joshua, and Mr. Jolly Odemeta,

decried the low voltage and incessant power outage being experienced by customers.

They also called for accelerated metering of customers to reduce cases of estimated billing by the DisCo.

Two in police net over abduction of pastor in Ogun