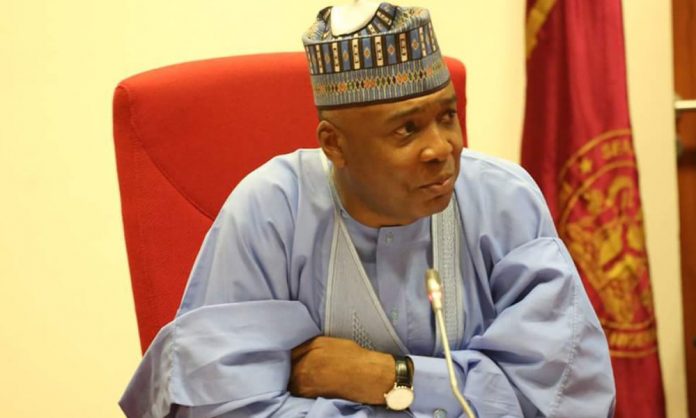 Share this on WhatsApp
Spread the love
Senator Ovie Omo-Agege, one the early pro-Buhari senators in the legistaure -executive power tussle over the Electoral AAct amendment has been suspended for 90 days.
Omo-Agege had voiced out that the amendment which reorders the sequence of polls in a general election was targeted at President Muhammadu Buhari.
The Delta senator had apologised after the comment.
The Senate Committee on Ethics, Privileges and Public Petitions, however, investigated his comment based on a petition by a pro-Saraki Senator Dino Melaye.
The panel report was considered at the plenary on Thursday. And the lawmaker was indicted.
The committee recommended he be suspended for 181 legislative days–that is a year.
But Senate President Bukola Saraki pleaded that the duration be reduced to 90 days (six months).
Omo-Agege was also should withdraw a case he instituted against the chamber, while asking that the pro-Buhari ‘Parliamentary Support Group’ to be disbanded.
The on-going rivalry between the pro-Buhari and those loyal to the Senate president has been of interest to political watchers in Nigeria.
Many are waiting to see whether the Senate will make good its threat to override Buhari’s veto of the amendment.
Buhari refused to assent to the bill based on the fact that the amendment usurps the powers of INEC to conduct elections.
Share this on WhatsApp