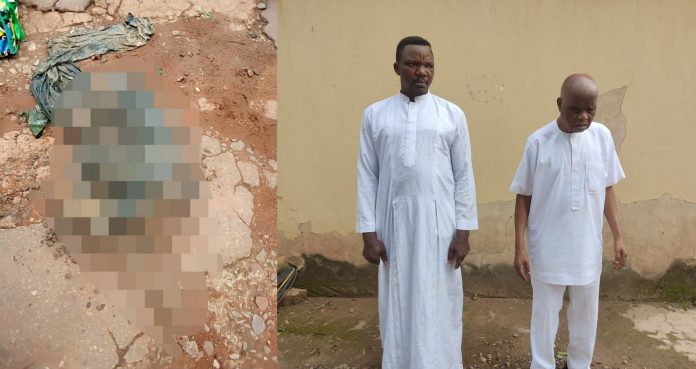 Gov. Ifeanyi Ugwunyi of Enugu State has assured the mother of a slain seven-year-old boy allegedly used for ritual by his father, Chidi Onyishi, of justice and government care.

Ugwuanyi made the pledge through a delegation. The boy, Chimdalu Onyishi, was alleged to have been killed by his father, , who was represented by his Special Adviser on Media, Mr Steve Oruruo said the state government would cater for her and the children and mitigate their suffering.

He expressed sadness by the news of the unfortunate incident and prayed for the repose of the slain child’s soul.

According to him, the act perpetrated by the father of six was unimaginable and unthinkable by all standards.

“We want to reassure you that the state government will stand vigorously behind you and mitigate the suffering of your kids and contribute immensely to your recovery from this shock.

“It is the wish of the government to use all legal means to ensure that there is diligent investigation and that the course of justice cannot be subverted.

“Enugu State Government is poised not to allow it to be truncated.

“Everything that needs to be done will be done by the government to ensure that you find justice and overcome this challenge,” he said.ku

Responding, Mrs Onyishi, said she was speechless at Gov. Ugwuanyi’s gesture and thanked the governor for his compassion and benevolence.

She said that she was still in shock over her son’s sudden death.