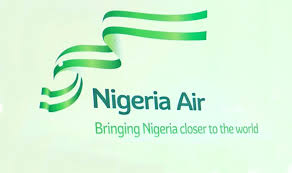 it would be recalled that there has been a growing confusion on the chances of Nigeria Air flying considering what experts foresee as paucity of fund which has frustrated government’s speed in meeting the December 24th deadline.

According to Capt Ojikutu, “Taking over the aircraft of Arik and Aero would have been a good option for government to use as its five per cent contribution to start the new airline. “But the debts of these airlines are not owed to government alone.”
“There are debts owed to banks, foreign technical service providers, etc. These could be sources of litigations on the new airline,” he added.

He observed that the national carrier was still within the 90-day window for AOC application and approval, adding that initial funding should not be the problem to force a setback on the whole agenda.

“I don’t think the bulk of the start-up money must come from the government, whose share is only five per cent. There are expected share funds from strategic investors, which I advise must be foreign technical investors with 40 per cent share, but which I am told has been increased to 50 per cent.

“I also expect 20 per cent share funds from Nigeria’s credible investors and the Nigerian public like you and I – 30 per cent. I expect the 36 states and the Federal Capital Territory (FCT) to take the remaining five per cent.

“Let me make myself clear again, the new national carrier is a public airline, and not a government or private airline. Therefore, the involvement of government now with the carrier is that of facilitator and not that of ownership. That position makes it different with that of the defunct Nigeria Airways, which was more or less a government airline or the Virgin Nigeria, which was owned by some political officeholders in and out of government,” Ojikutu said.