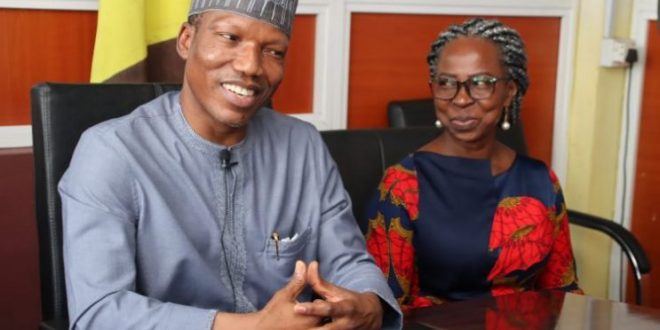 The Federal Airports Authority of Nigeria (FAAN) says it has begun the replacement and repair of aged equipment used to carry out its daily operations at the airports across the country.

The Managing Director, FAAN, Capt. Rabiu Yadudu, made this known at an interactive session with the League and Airports Aviation Correspondents (LAAC), in Lagos, on Wednesday.

Yadudu said some of the equipment such as the baggage landing, runway and the central cooling system among others were more than 40 years and above.

He said that FAAN had inaugurated an ad hoc committee in 2021 because it saw that most of the facilities were aged.

He said that these equipment were supposed to be replaced every 15 years, but some had gone 25 to 30 years.

“The major repair is of ageing equipment and components. I gave you an example in Lagos; abandoned runway and airfield lighting. Also, the key elements at MMA and any other airports that we did not replace, but now, we are replacing them.

“Some were last replaced in either 1980 or 1985. Now, we are replacing them. It is only the air-conditioning system that we have not yet procured, but we are processing it and the airfield lighting.

“So, we have a committee that is working and they gave us the state-of-the-art equipment for all the airports so that we can make use of it, work with the ministry and use it to know their status so that we can plan.

Yadudu, while responding on plans to start 24 hour operations of the airports, said, “FAAN cannot operate an airport that it cannot break even, because it is already challenged, it can only operate 24 hours airport if it knows that the business can be sustainable.”

The managing director also sympathised with the domestic airlines on the scarcity of Jet A1, saying that If anything affected the airlines, it would definitely affect FAAN and every other thing or organisation.

“FAAN is working actively with the airlines with the NCAA D-G, there will be some positive actions from the government soon on Jet A1 availability,” he said.

Yadudu also said that the relocation to the new terminal at the Murtala Muhammed International Airport would be done in phases.

“I told airlines that operate morning and afternoon flights to move to the new terminal so that we will decongest the old terminal.

“It is unfortunate that some of them said they will not move, but FAAN is not ready to compel them to move.

“They were complaining of the bad facilities and the baggage handling, now, FAAN has provided them with a new one, yet, they refused to move,” he said.