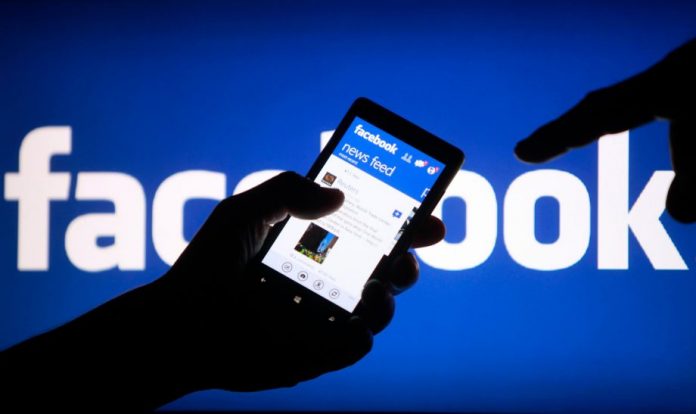 Facebook has been misleading the world over the years with inaccurate censorship of reports and media publications relying on opinions rather than facts. Facebook in a legal suit on defamation filed by an investigative Journalist, John Stossel, put up a defense that ‘Fact Checks’ are mere opinion and not factual assertions. Thus, Facebook has been using inaccurate fact checks and prejudicial censorship to kill truth and factual reports on global issues like climate change, coronavirus, vaccines, and others. The social media platform has been censoring factual views and promoting fake news, propaganda and public relations publications.

The defence counsel of Facebook argued that the social media platform “cannot be sued for defamation because its “fact checks” are statements of opinion rather than factual assertions, and as such, protected under the First Amendment.”

The Defender, a healthcare activist publication in the United States (US) has acknowledged that a lawsuit against Facebook by journalist John Stossel has established and provided proof that “Fact checks” are nothing but a biased censoring mechanism.

In legal documents, Facebook admitted that fact checks are “statements of opinion” and not factual assertions, that the platform has been censoring media reports and other publications, including journals, on certain public issues of global interests with prejudices, lies and deceit.

Facebook was exposed to public opprobrium of unprofessional conduct when the platform recently censored a whistleblower report published by The BMJ (The British Medical Journal), one of the oldest and most respected peer-reviewed medical journals in the world, classifying the report as “False,” “Partly false” or “Missing context.” Facebook further constrained some users, who complained that they could not share the article at all.

It was pointed out that the fact checks inaccurately referred to The BMJ as a “news blog,” failed to specify any assertions of fact that The BMJ article got wrong and published the fact check under a URL containing the phrase “hoax-alert.”

The British Medical Journal in an open letter to Mark Zuckerberg referred to the Facebook fact check as “inaccurate, incompetent and irresponsible.” The BMJ, therefore, urged Zuckerberg to “act swiftly” to correct the erroneous fact check, review the processes that allowed it to occur in the first place, and “generally to reconsider your investment in and approach to fact-checking overall.”

The medical right activists, The Defender, had protested that they had long suspected that “fact-checking organizations are nothing but a biased censoring mechanism more interested in manipulating opinion than establishing actual facts.” They declared that they have absolute proof, derived from a lawsuit against Facebook by an investigative journalist, John Stossel.

A Facebook fact-checker had in 2020, designated Science Feedback, slapped “False” and “Lacking context” labels on two videos posted by Stossel. The videos featured Stossel’s interviews with experts who discussed the negligible role of climate change in the 2020 California forest fires.

The experts did not dispute the reality of climate change, they provided alternative views of other probable causes, likely more contributing factors, like poor forest management.

Facebook fact-checkers tagged Stossel interview videos as misinformation, claiming that Stossel was “misleading” people when he claimed that “forest fires are caused by poor forest management, not climate change.” Stossel, however, never really made that assertion.

Stossel protested that the labels damaged his reputation as an investigative journalist, which resulted in a loss of followers.

Stossel later reached out to Science Feedback on the platform’s fact checks, unfortunately, two reviewers accepted to be interviewed.

The New York Post had indicated that the reviewers had admitted they had never even watched the first video Stossel posted on Facebook that was tagged. One of the reviewers stated that they “didn’t like [his] tone” in the second video.

The fact-checker was cited to have cautioned Stossel: “That is, you can’t write anything about climate change unless you say it’s the worst disaster in the history of humanity and we must spend trillions to right it.

“The problem is the omission of contextual information rather than specific ‘facts’ being wrong.”

Stossel had stated: “What? It’s fine if people don’t like my tone. But Facebook declares my post ‘partly false,’ a term it defines on its website as including ‘factual inaccuracies.’ “My video does not contain factual inaccuracies … I want Facebook to learn that censorship — especially sloppy, malicious censorship, censorship without any meaningful appeal process — is NOT the way to go. The world needs more freedom to discuss things, not less.”

Stossel, therefore, slammed a legal suit against Facebook for defamation.

Facebook in defence quickly resort to telling the truth of its global agenda. Counsels to facebook in their defence brief, argued that fact checks are protected under the First Amendment because they are OPINIONS, not assertions of facts!

A climate change blogger, Anthony Watts, had written on the Facebook defence in the case:: “Facebook just blew the ‘fact check’ claim right out of the water in court. In its response to Stossel’s defamation claim, Facebook responds on Page 2, Line 8 in the court document that Facebook cannot be sued for defamation (which is making a false and harmful assertion) because its ‘fact checks’ are mere statements of opinion rather than factual assertions.

“This strikes me as public relations disaster, and possibly a looming legal disaster for Facebook, PolitiFact, Climate Feedback and other left-leaning entities that engage in biased ‘fact checking.’

“Such ‘fact checks’ are now shown to be simply an agenda to suppress free speech and the open discussion of science by disguising liberal media activism as something supposedly factual, noble, neutral, trustworthy, and based on science. It is none of those.”