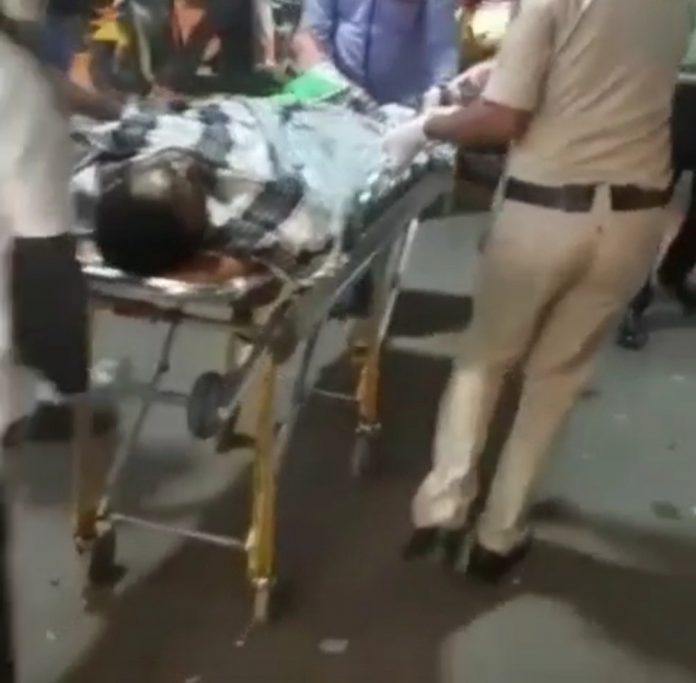 Family and friends are demanding justice for 35-year-old Nigerian man who was murdered by locals in Bengaluru, the capital of Karnata, India.

Victor Akuete, a native of Uromi in Esan North East of Edo State, was stabbed to death on Sunday, December 12.

Deputy Police Commissioner (East), SD Sharanappa, had initially blamed the killing on an African national known to the deceased.

However, on Monday, he reversed his comment, stating that “scientific investigation helped to identify the accused persons.”

He said that they have taken the accused into custody and that interrogation is in preliminary stage.

Banaswadi police who has registered a murder case, said Victor was killed by three locals after he refused to share beer bottles with them.

The trio had stabbed Victor in the chest chest and neck with a broken beer bottle before fleeing. He died on the way to hospital.

The suspects identified as Arun, Philip Raj, and Neelakantha, all residents of Banaswadi, have been arrested in connection with the murder.

According to police, Victor came to Bengaluru 10 years ago on a business visa and settled down in the east Bengaluru locality after marrying a woman from the city.

On that fateful day, he had purchased some beer bottles and was walking back home when he spotted Neelakantha, who was known to him, police said.

Victor, who wanted to light a cigarette, told Neelakantha to lend him a lighter. After Neelakantha did so, he and his friends asked Victor to share the beer with them. He refused and an argument broke out.

It turned violent when the accused persons stabbed Victor to death with the beer bottles.

The deceased’s younger brother, Christopher Akuete, who is resident in Nigeria, told PREMIUM TIMES that the report made available to the family indicated that the assailants had accosted their victim where he was having a beer and wanted him to share it with them.

He said his brother was reported to have refused and while he was walking home, they followed him and stabbed him in the chest and abdomen.

According to Christopher, the ambulance came late and the bleeding was heavy leading to the death of his elder brother.

“My brother did not commit any crime, he was not accused of any wrong doing and he cannot just be allowed to die like that,” he said.

He said the family expects a thorough investigation and those arrested should be brought to justice according to the laws of the land.

He also disclosed that efforts were being made to get the remains to be released to the Esan and the Nigerian communities in India for burial. He said once the body is retrieved, he is likely to be buried on Friday.

Mr Akuete’s friends, under the umbrella of his Old Students Association, Auchi College Auchi 1990(ACA’90), condemned the killing, saying the incessant killing of Nigerians in the Asian country should stop.

“He was gruesomely murdered in India on Sunday the 12th of December 2021,” the coordinator of the ACA Class of 90, Prisca Idonije, said in a tersely worded statement on Thursday.

“The reports in the news and dailies have been contradictory which goes to show there is every likelihood of an attempt to cover up or hinder justice. We call on all the bodies responsible for seeing to justice being served in cases like this to help us ensure that this case is properly investigated and the culprits brought to book.”