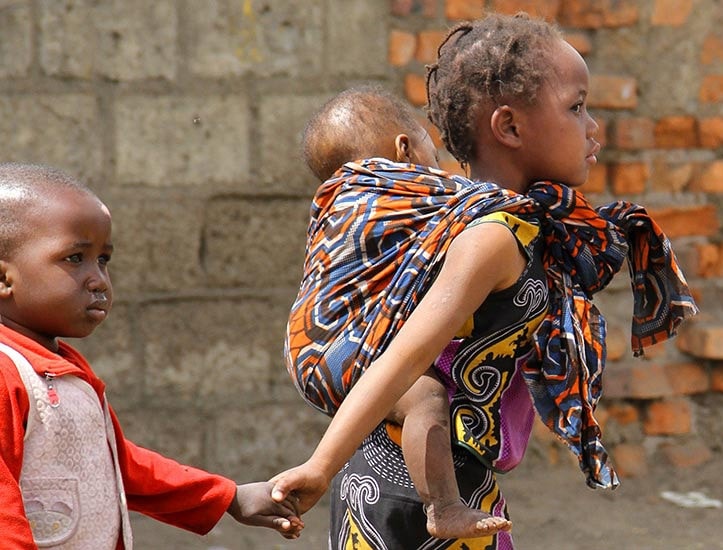 Food and Agriculture Organization of the Nations (FAO), in its October 2022 Food and Nutrition Analysis, estimated that 25.3 million Nigerians face the danger of experiencing food crisis between June and August 2023 except urgent steps are taken to scale up and sustain livelihood and food assistance.
FAO, in the analysis, indicated that about 17 million people, including internally displaced persons (IDPs) and returnees in 25 states and the Federal Capital Territory (FCT), were in “crisis or worse level” through October 2022.
FAO highlighted that three million are living in Borno, Adamwa and Yobe states.
FAO in the statement emphasised, “furthermore, an estimated 25.3 million people are projected to be in crisis or worse levels during the 2023 lean season (June – August) with 4.4 million in Borno, Adamawa and Yobe, if immediate steps to scale up and sustain livelihood and food assistance are not taken.”
The statement noted that the Government of the Royal Kingdom of Norway renewed its funding cooperation with FAO aimed at helping the most vulnerable populations in Borno, Adamawa, Yobe and Taraba states with a special focus on women-led households.
According to FAO, the three-year intervention will benefit 43,990 households (about 307,930 individuals), with at least 45 percent of them being women as direct beneficiaries receiving items such as agricultural inputs, livestock assets, and energy saving stoves.
The beneficiaries, the report indicated, include IDPs, host communities and returnees of relocated households with special attention paid to women-headed households.
The Ambassador of the Royal Kingdom of Norway to Nigeria, Knut Eiliv Lein, at the signing ceremony in Abuja to kick-start the project’s implementation, said his country remained committed to supporting the efforts to restore the conflict-affected livelihoods in the North-East.
Ambassador Lein stated, “This project we are signing here today is part of Norway’s larger support to Nigeria in general, including humanitarian efforts specifically targeting those in need in the North-East region.

“We have partnered with many organisations in addressing a number of issues, including health, food security, democracy, gender equality and more.”
The FAO Representative in Nigeria and to the Economic Community of West African States (ECOWAS), Fred Kafeero, commended the support of Norway, describing it as another milestone in strengthening the commitment in the fight against poverty, food insecurity and malnutrition in Nigeria.
Kafeero had stated: “The new project, whose agreement we are signing here today, marks the continuous and fruitful collaboration, and partnership that exists between the Government of the Royal Kingdom of Norway and FAO in Nigeria.
“Thanks to this collaboration for years now, the conflict-affected populations of Borno, Adamawa and Yobe (BAY) states have greatly benefited from the agricultural-based livelihoods support that has enabled them to improve their food security as well as build their resilience.”