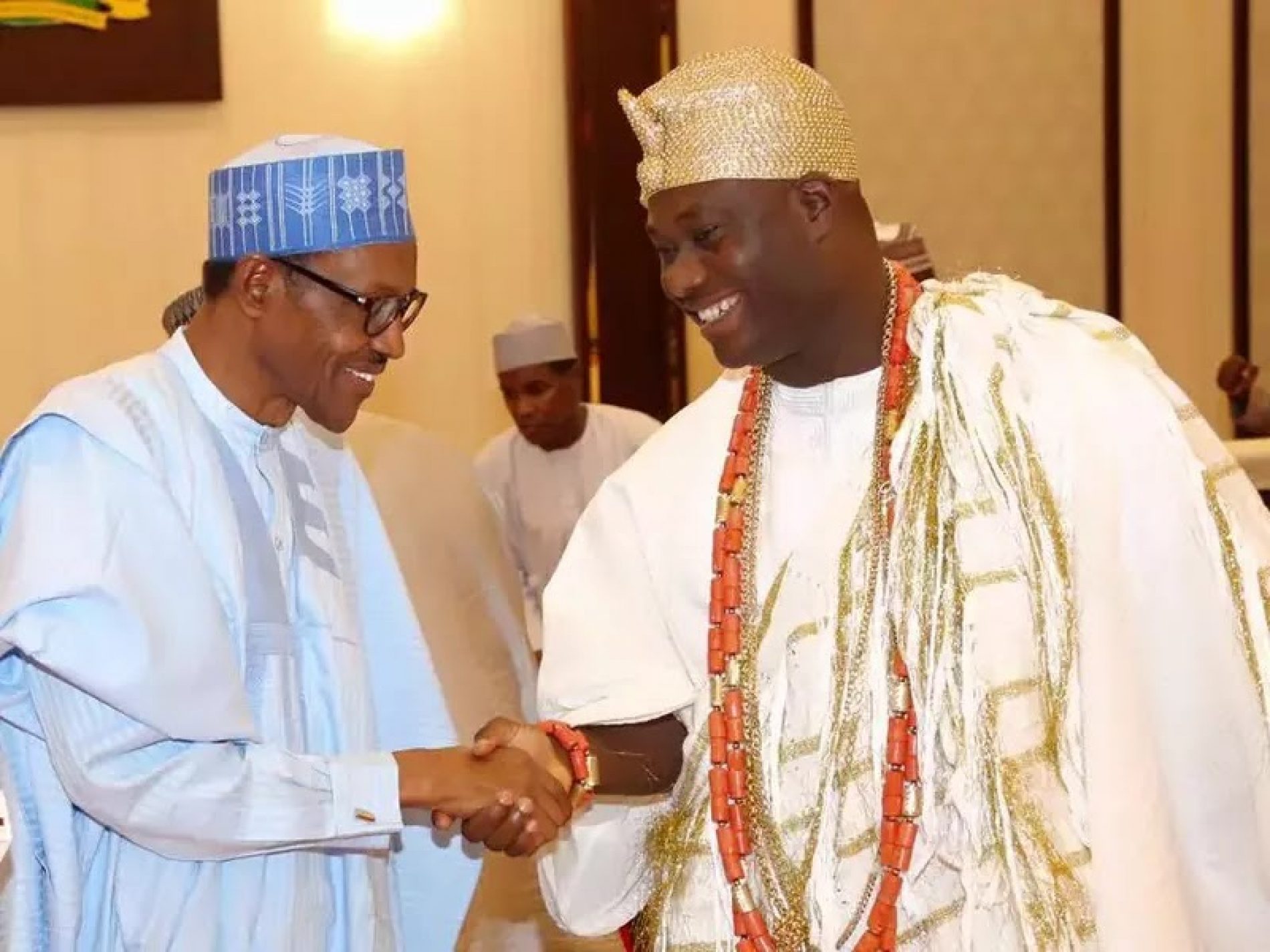 In the heat of flaming insecurity and sabre-rattling going on across the southwest, the Ooni of Ife, Oba Adeyeye Ogunwusi, visited President Muhammadu Buhari at the Aso Presidential Villa on Thursday.

Tension at the meeting was not exactly as it was fanned down south here.

The Yoruba paramount ruler is a pacifist, and he let Buhari know despite the reality of violence in his domain, the southwest don’t want war.

“Everybody is beating the drum of war,” he told the State House correspondents after the meeting. “Who can stand war?”

The drumbeat, the National Daily gathered,  got louder after the murder of the Afenifere leader Reuben Fasoranti’s daughter around Ore, Ondo, last Friday.

The pan-Yoruba group spokesman made the battle cry when he insisted the killers were Fulani men, and the Yoruba were the target.

“Whether deliberately or intentionally, this is clearly a declaration of war on the Yoruba,’ said Yinka Odumakin.

“They shall hear from the Yoruba nation.”

The Aare of Yorubaland Gani Adams was no less militant in his response.

“We are like the proverbial goat that is being chased,” he said in a press statement after the incident.

“When it gets to the wall, it will certainly react. We are at that stage now.”

“We want something better for our youths,” he told the president. “And he is on the same page with us.”

He also spared a breath for the war hungry, including Adams, Odumakin, and others.

“Politicians should be careful not to throw things out of proportion.”

He warned them to stop hyping war because his people want to keep the peace in the southwest.

According to him, President Buhari has given good directives to security chiefs including the IGP to visit all traditional institutions in the southwest.

How Oshiomhole-led NWC is purging out northern national vice chairmen