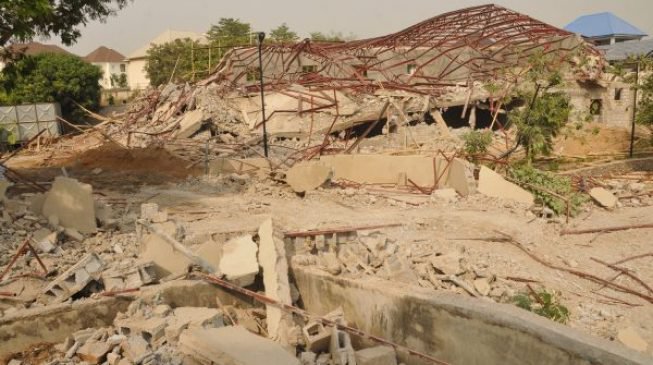 The Federal Capital Territory Administration (FCTA) has demolished some illegal structures in some reserved green areas in the city.

Mr Ikharo Attah, the Chairman of FCTA Taskforce on City Sanitation, led the operation, on Monday in Abuja.

Attah said that the affected structures included some shanties made of roofing sheets, sacks, and wood situated adjacent to Sheraton Hotel, where Bureau De Change (BDC) and other petty traders were operating their businesses.

He explained that the exercise was a continuation of the reinvigorated efforts to rid Abuja city and its environs of environmental nuisances.

The National Daily reports that the task force has also demolished an illegal cluster of furniture making workshops under the foot of a bridge near the Shehu Musa Yar’adua Centre.

Attah revealed that the FCT Minister, Malam Muhammad Bello, had about a month ago visited the area.

“During that visit, the minister was dazed by the high scale of contravention in the heart of the city, where people who deal in currencies operate recklessly.

“Today, we came out on an operation to clear those persons who are roadside traders, owners of batchers, shanties and furniture market under the Wuse Zone 4 Bridge.

“We saw much bleeding points in the city, and the FCT Minister insisted that we must clear all.

“He even insisted that BDC operators who are operating on the roadside should not be as they should go back to their shops, and do their businesses.

” We removed illegal attachments in the area and while we are removing street traders and hawkers, we can’t allow those who deal in currencies to remain on the road,” he said.

He also disclosed that the FCT Minister had directed the Abuja Environmental Protection Board (AEPB) and other teams to pin down and ensure that the area was cleared.

Attah said that in the course of the operation, the task force uncovered a stolen manhole cover, which the AEPB team would hand over to the relevant agency of the FCTA.

Also, the Assistant Director, Monitoring and Enforcement of AEPB, Malam Kaka Bello, decried the high rate of environmental nuisance being constituted by traders and those hawking currencies in the area.

Bello said, “the area was an eyesore, which was not acceptable and it contributes badly to the quality of the city’s environment.”

He said that AEPB would ensure that the exercise is continuous, as its personnel would be there on a daily basis.

According to him, “most of the offices in Zone 4 are owned by BDCs, but unfortunately some of them resolved to be trading outside, which is illegal.”

He appealed to the members of the public, especially those who patronise BDCs to do so in their offices.

Bello warned: “Anybody caught operating illegally would be arrested and prosecuted accordingly.”

Bello revealed that Mobile Courts are already on standby, waiting for people, who indulged in illegal activities to be arrested and arraigned before them.

“We want to appeal to all these people, who have turned the places into their abodes illegally to please vacate, as places like those ones are not meant for such illegalities.

“They should take advantage of the markets within the city, where they can go and sell their wares.

“For the Bureau De Change operators, they should please ensure that they carry out their businesses within their office premises, not on the roads’ corridors.”

On his part, the Secretary FCTA Command and Control Centre, Peter Olumuji, said illegal activities being conducted in the area posed a serious security threats to the lives and property of the residents. 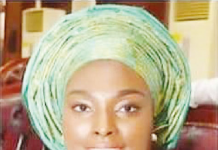 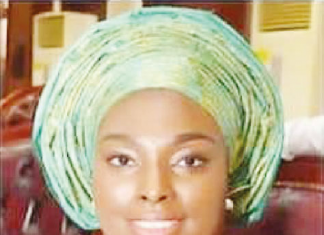