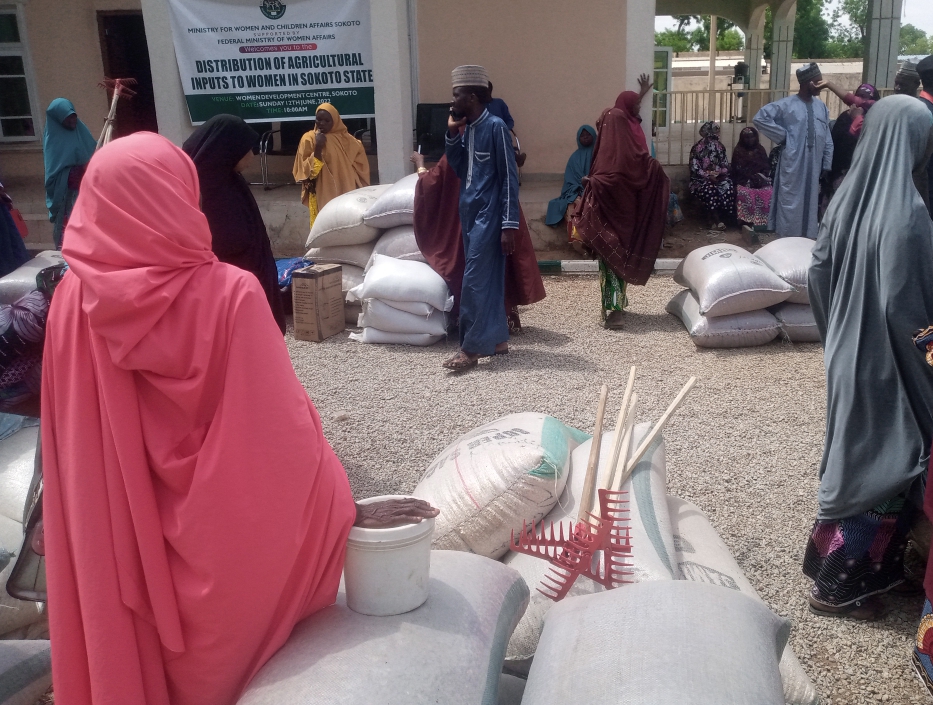 The Federal Government, in collaboration with the Sokoto State Government, has commenced the distribution of farm inputs and hand tools to women in the 23 local government areas of the state.

Inaugurating the distribution on Sunday in Sokoto, Hajiya Kulu Sifawa, the state Commissioner for Women and Children Affairs, said the gesture was part of the federal government’s desire to engage Nigerian women into farming.

Sifawa said the essence of the project is to boost agricultural activities in an effort to enhance food security across the country.

“The gesture is part of the commitment of the Federal Ministry of Women Affairs in engaging women participation towards nation building.

“As you aware, women are the bedrock for every societal development, as such, the government came up with the programme to support the country’s commitment to food security.

“Therefore, I urge the beneficiaries to judiciously utilise the opportunity in ensuring the success of the exercise,” she said.

Sifawa appreciated President Muhammadu Buhari and the Minister for Women Affairs for coming of with the programme, saying ”such will immensely support women farmers”.

Alhaji Bello Wakili, the Chairman, Gudu Local Government Area, said the council would monitor the progress of the exercise.

“We are from the rural area and you know our women are full time farmers. So, with the current development, I want to assure you that there is going to be a lot of improvement in food production,” he said.

The News Agency of Nigeria reports that items distributed included four bags of groundnuts, maize, rice and beans seeds to each of the 23 local governments of the state.