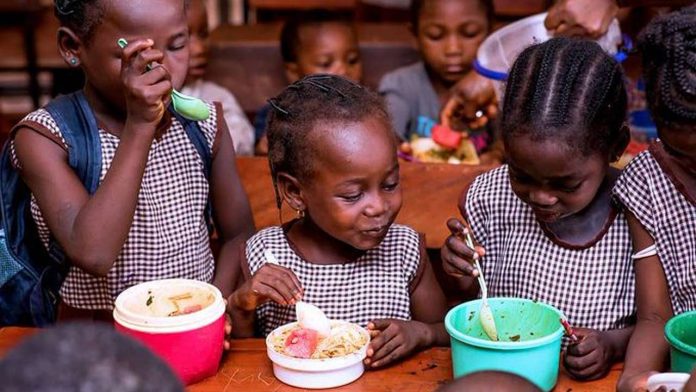 The Federal Government has embarked on enumeration of beneficiaries of National Social Home Grown School Feeding Programme (NHGSFP) across the country.

Minister of Humanitarian Affairs, Disaster Management and Social Development, Sadiya Farouq, who stated this while flagging off the NHGSFP enumeration exercise in Lokoja on Monday, said the objective was to have a database of the beneficiaries.

She explained that the successful conduct of the enumeration exercise would help in scaling up the number of beneficiaries from the present nine million pupils to 15 million pupils by 2023, in line with the directive of President Muhammadu Buhari.

“More than nine million pupils benefit from one free nutritious meal a day during school term nationwide and now, we have the mandate to reach additional five million pupils by 2023,” she explained.

The minister, who was represented by Mrs Patience Achor, a Deputy Director in the ministry, said that the programme, which covered public primary school pupils in classes one to three, had been of tremendous benefits to some sectors.

“With over 100,000 cooks employed and more than 100,000 small-holder farmers participating in the value chain, NHGSFP is a serious potential for socio-economic development and it needs to be strengthened, scaled up and sustained nationwide,” she added.

According to her, verifying the existing number of beneficiaries on the programme and updating their records will guarantee effectiveness, transparency and accountability.

The minister pleaded with the state government and other stakeholders to cooperate with her ministry in its efforts at having successful data capturing of beneficiaries in the state.

While welcoming the minister to the state, on behalf of Gov. Yahaya Bello, Secretary to the State Government (SSG), Mrs Folasade Ayoade, promised that the state government would partner with the ministry to carry out enumeration of beneficiaries.

Ayoade, who highlighted the Bello-led administration’s achievements since its inception in 2016, lauded the Federal Government for initiating the school feeding programme for pupils in classes one to three, calling for its expansion to cover other pupils.

Also speaking, Special Assistant to President Buhari on Special Needs, Mr Danjuma Atta, said that the objective was to have a database of beneficiaries from 2016 to date.

“It is good to have a database and bring in more pupils. It will enhance credible budgeting process and good policy formulation,” he said.

Mr Abdulkarim Onyekehi, Special Adviser/Focal Person on National Social Investment Programme (NSIP) in the state, said that the exercise came at a time the state government was planning to embark on a similar exercise.

He said that the enumeration would authenticate the number of beneficiaries in the state, which he put at 177,000.

According to Onyekehi, the state currently has more than 258,000 pupils in classes one to three in public primary schools, expressing the hope that more beneficiaries will be accommodated at the end of the biometric exercise.

Present at the event were representatives of the National Youth Service Corps, National Bureau of Statistics, National Population Commission, Ministry of Education, National Orientation Agency and Universal Basic Education Board, among others.