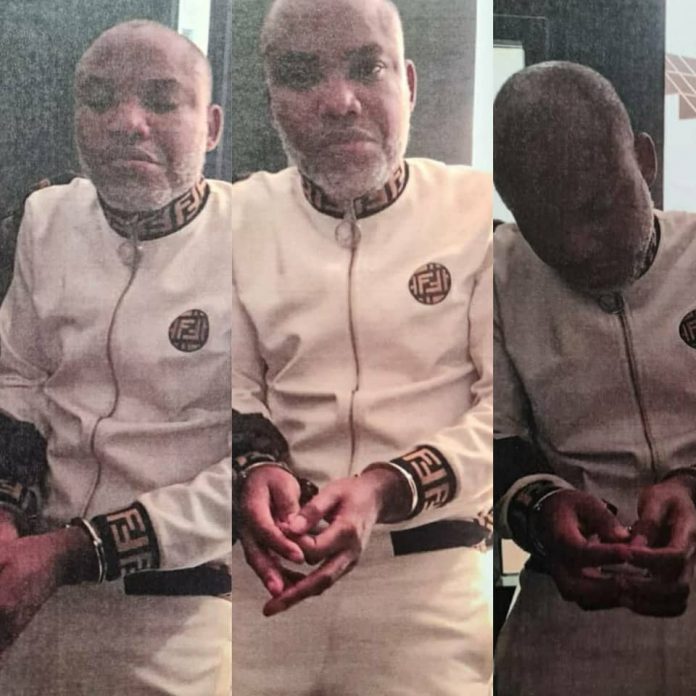 IPOB leader Nnamdi Kanu’s trial has taken a new twist: the federal government just amended the count of charges against him, bumping them up to 15 counts.

That was less day 24 hours to the continuation of his hearing on Tuesday in the FHC Abuja, before Justice Binta Nyako.

Kanu has been detained since June following his extra-judicial rendition from Kenya to Nigeria, and he has since resumed his trial from which he initially ran in 2017, jumping bail.

With the latest development, he will now enter his fresh plea to a 15-count amended charge marked FHC/ABJ/CR/383/2015, and signed by the Director of Public Prosecution, DPP, M. B. Abubakar.

President Muhammadu Buhari has foreclosed amnesty or any  kind of pardon, saying its best for Kanu to prove his innocence in court before the whole world.