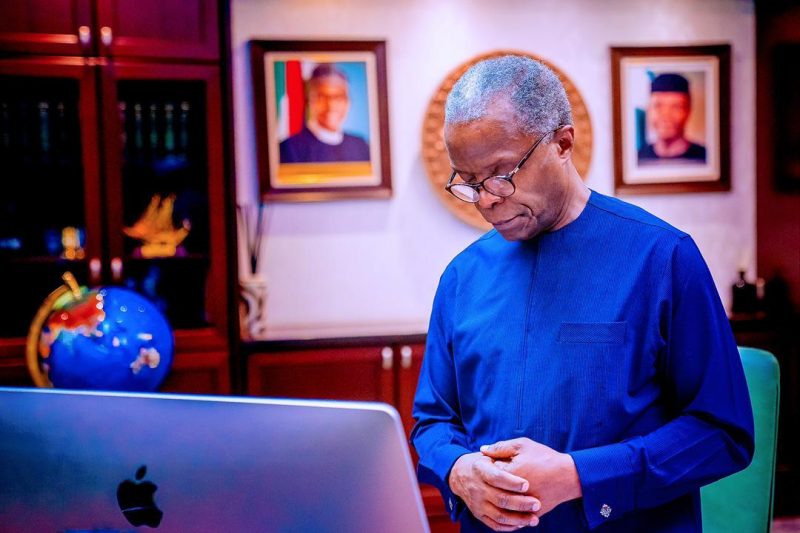 Vice President Yemi Osinbajo has said that the federal government is considering launching `Operation Feed Yourself’ to counter malnutrition.

The Vice President said the initiative which will be a collaboration between the Federal Government and states, is under the aegis of the National Economic Council (NEC) and the National Council on Nutrition (NCN).

Osinbajo said the initiative would encourage the establishment of urban farms and small home gardens as part of efforts to address malnutrition and related challenges in the country.

He was quoted saying;

“States and the FGN will promote what the convener has described as ‘Operation Feed Yourself’. This is more of the establishment of urban farms and homestead gardens. This is simply something that we think should be a mass appeal to citizens in the states, and the encouragement we can give them so that individuals and schools develop their own farms or homestead gardens.

This obviously not only helps individuals and families but the excess can be sold to others and generally improve food security. ”

The meeting was attended by UN Deputy Secretary-General, Mrs Amina Mohammed, state governors, representatives of development partners including UNICEF, and the Bill and Melinda Gates Foundation.

Share this on WhatsApp
Related Topics:FGmalnutritionProf. Yemi Osinbajo (SAN)`Operation Feed Yourself’
Up Next

“We are literally heading to Kabul” – Shehu Sani