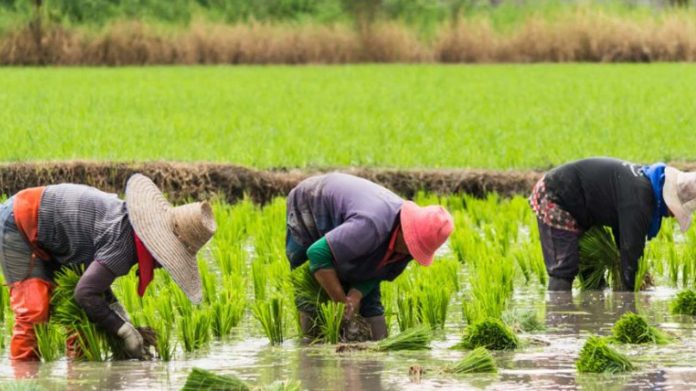 The Federal Government, in partnership with Japan International Cooperation Agency (JICA), has donated 900 bags of fertilizers and 1,500 cans of pesticides and herbicides to 150 selected rice farmers in Kogi.

The National Daily reports that the items were handed over to the farmers on Wednesday in Lokoja by the state Coordinator, Federal Ministry of Agriculture and Rural Development, Mr. Ayuba Shekamang.

Shekamang said that the items were donated to the farmers to cushion the effects of the COVID-19 pandemic and the draught of 2020 on the rice farmers.

According to him, the intervention is to enable the farmers to come back to the farm and improve their production capacities.

Shekamang said that each of the farmers was also given a bag of 50kg improved rice seedlings.

The coordinator, however, warned the farmers against selling the items, saying that government would track the utilization of the inputs.

Each of the rice farmers received six bags of urea and NPK fertilizers, 10 cans of herbicide/pesticide, and one 50kg improved rice seedlings.

Mr. Sadiq Abubakar, the ministry’s Desk Officer in charge of the rice value chain, who came from Abuja to supervise the distribution of the items, congratulated the beneficiaries who, he said, were selected from rice-producing areas of the state.

He said that their selection was in conjunction with the state Agricultural Development Programme (ADP).

According to him, the 150 beneficiaries from the state are among the 3,000 farmers who have been selected from 10 states in the country to benefit from the intervention.

He said that the intervention was an indication that the federal government was aware of their plight and would always come to their rescue.

Abubakar urged them to ensure proper utilization of the inputs, saying that failure to do so might prevent them from enjoying such assistance in the future.

He commended JICA for prompt response to the request for assistance sent to it by the ministry, even as he stressed the need for sustaining the partnership in the interest of the farmers.

Two of the beneficiaries, Mrs. Christiana Ajobe and Mr. Victor Obafemi, described the gesture as a relief, saying it was timely.

“I am happy about this. I don’t have money to cultivate more land but with this, I will do more,” Ajobe, who said that she had her rice farm at Ganaja village in Ajaokuta Local Government Area, said.

Obafemi, a rice farmer at Odo-Ape, Kabba/Bunu Local Government Area, expressed gratitude to both the Federal Government and JICA for coming to the aid of farmers in the state.

“We appreciate this assistance, as it will help us to produce more rice,” he said. 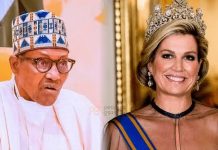 Buhari meets Queen of Netherlands, begs for intervention in agriculture, others 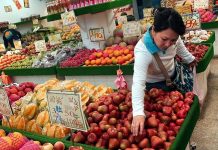 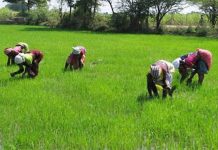