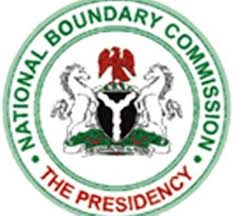 The Federal Government has restated its commitment to demarcate the boundaries between the FCT and four neighbouring States.

Mr Adamu Adaji, Director-General, National Boundary Commission (NBC), made this known in an interview with newsmen on Tuesday in Abuja.

He said the Internal Boundary Committee of the Commission chaired by Mr Babatunde Fashola, Minister of Works and Housing, had met with the concerned states and okayed the process to begin.

He said that the demarcation of the boundary was necessary to avoid conflict.

“We met on Monday and the FCT Minister said he was in touch with the governors concerned and that they pledged their support for the exercise.

“The FCT is bordered by Niger, Kaduna, Nasarawa and Kogi.

“We have some uncertainties about the correct alignment of the boundary, because the gaps between the pillars in place to define the corner points boundary are far apart.

“In some cases, you find pillars that are far as 80km apart. So we agreed that there is need to put more pillars,” he said.

The NBC boss explained that the Commission had gone far with some other inter-state boundary issues across the country.

He said the commission has completed tracing exercise for some states and the demarcation process will begin soon.

“Be rest assured that the Commission is making progress and with the commitment of the government of President Muhammadu Buhari, we will do much more.

“The Commission has fared better in terms of funding from the Federal Government and cooperation from the states.

“Very soon we will have those boundaries properly defined.

“Also, a boundary cannot serve its purpose until it is properly recognised on ground, and for you to do that, you must have markers on ground for people to know.

“Also note that boundaries are not barriers or made to cause division of families and properties, it is just for administrative convenience,” Adaji said.

Share this on WhatsApp
Related Topics:boundariescommitmentdemarcate FCT/ NigerFGKadunakogiNasarawarestates
Up Next