A Marine Engineer, Mr Olu Akinsoji, on Tuesday urged the Federal Government to harness the potential of the maritime sector to boost revenue.

Akinsoji, a former Sole Administrator, Maritime Academy of Nigeria (MAN) Oron, Akwa Ibom, made the plea in an interview with our correspondent in Lagos.

He said the slump in oil price should propel the government to seek alternative sources of revenue.

According to him, the maritime sector can be a veritable money spinner if the potential are well harnessed.

“There are great potential in the maritime sector and if we do the right thing and fully harness the potential, it could be a sustainable source of revenue to the economy,’’ the marine engineer said.

He said that a lot of money was being lost to ports in neighbouring countries which put in place certain structures to attract cargoes meant for Nigeria.

The expert urged the Federal Government to check the dominance of Nigerian waters by foreign vessels, adding that almost all vessels operating in Nigerian waters had flags of other countries.

He said the resuscitation of the national shipping line would go a long way in solving the problem.

Akinsoji also advised the government to expedite action on the development of the Lekki Deep Sea port which had great potential to boost the nation’s revenue through improved cargo traffic.

“Above all, we need to develop the human capacity because due to the poor human element, we have not been able to tap all the opportunities in that sector.

“We need to train our people so that they will be in charge and drive the sector.

“If we do all the other things and fail to develop the human element, I do not think we can go anywhere,’’ he said.

The engineer said maritime institutions in the country lacked the necessary facilities to produce quality manpower for the sector.

He suggested that existing maritime institutions should be upgraded for the development of the industry.

Akinsoji also advised the government to block all revenue leakages in agencies in the maritime sector, as huge funds were being lost to age-long corruption in the agencies. 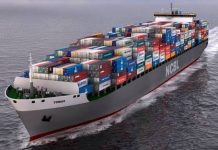 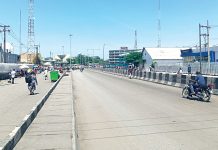