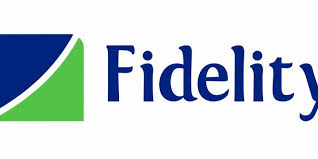 Shareholders of one among the leading banks in Nigeria, Fidelity Bank Plc have approved the payment of a total dividend of N3.19 billion proposed by the board of directors for the financial year ended December 31, 2018.

The dividend, which translates to 11 kobo per share was endorsed by shareholders at the bank’s 31st Annual General Meeting (AGM) held in Lagos at the weekend.

Having made history by delivering the highest PBT in the 2018 annual report.

According to the chairman, Ernest Ebi, at the 31st Annual General Meeting (AGM), the figures were achieved through diligent and meticulous execution of the banks medium term strategy.

Overwhelmed by the report, he said,” When we set for ourselves the audacious target of achieving Tier 1 status in five years, we did not expect a smooth ride, especially with the slow pace of recovery in the macro environment.”

Reading the macro economic review, he said that the 2018 fiscal year began on the heels of a positive forecast for the domestic economy following the consistent drop in the rate of inflation, real GDP growth and the gradual influx of foreign direct investments into the country.

He stated that however, by mid-year, the level of economic growth was sluggish when compared to initial expectations.

He added that data released, by the National Bureau of Statistics (NBS), the nation’s real GDP increased from 0.82, though the economy grew consistently in the months following the recession, the rate of growth in the GDP (1.93 percent) is slower than the population (2.60 percent), hence the low standard of living prevalent in most Nigeria homes.

The Chairman also disclosed that the total value of importation into Nigeria increased by 37.7 percent year on year from USD12.2 billion in 2017 to USD16.8 billion in the reporting period.

Despite the economic headwinds, the Managing Director (MD), Nnamdi Okonkwo in excitement said,

“The 2018 financial year, marked the beginning of the second phase of the growth aspirations of your Bank and I am once again proud to say that we closed the year with an impressive financial performance.

He admitted that the bank would not have achieved the feat if the staff and management team of Fidelity Bank were not embraced with the unwavering support of the board, shareholders and customers.

Okonkwo who is also the Chief Executive Officer (CEO) of the bank, further disclosed resources deployed as part of their commitment to providing accessible and convenient banking services to customers.

“we expanded our product offerings in fleet management by leveraging our investments in technology to provide Self Service Motor Vehicle Renewal through our Fleet Management Solution.

“This unique feature on our internet banking platform allows customers to initiate and pay for renewal of their homes and offices.

“we have successfully concluded the pilot run with Benue State Government, with plans for full launch by June 2019.

“Anchored on an enduring partnership with agents of the Federal Government at various levels, the implementation of Treasury Single Account (TSA) got a boost from your bank with the deployment of specially configured Point of Sales (POS) for TSA collections directly to the Federal Government purse. The uniqueness and ease of using the machines have made them suitable for TSA collections in under -banked communities.”

Responding to questions from shareholders,  ” We are planning for even bigger package in future so we are not changing the dividends because we are thinking of the future,” he said.