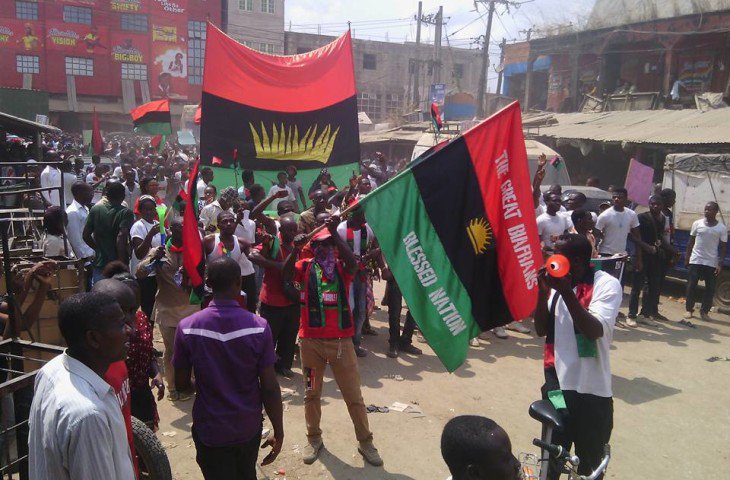 A federal high court in Abuja, on Wednesday, 20th of September, has declared the activities of the Indigenous People of Biafra (IPOB) as “acts of terrorism”.

This followed an application filed by Abubakar Malami, attorney-general of the federation (AGF) and minister of justice.

Malami had asked the court to proscribe the group.

Recall that last Friday, the DHQ declared IPOB a ‘militant terrorist” organisation, alleging that it attacked solders with sticks, stones and petrol bombs, but the statement had generated a heated debate with the Senate President, Bukola Saraki saying the military declaration was unconstitutional.

But Itse Sagay, chairman, presidential advisory committee against corruption (PACAC), says the military was right in its declaration of the Indigenous People of Biafra (IPOB) as a terrorist organisation.

He said the group’s “violent, abusive and kill” mentality and approach constitutes, in totality, acts of terrorism.

Sagay, however, admitted that he was not aware of the requirements of the law in that regard but said “we really need to curb IPOB, otherwise they will turn this country into a tinderbox.

The pronouncement by the Federal High Court has finally put to rest the debate over the status of the Nnamdi Kanu led Indigenous People of Biafra (IPOB).

Recall also that last Friday, all the Southeast governors had proscribed the activities of IPOB in their various state, a decision that was also described as illegal by the Senate President, Dr. Bukola Saraki.

Meanwhile the whereabouts of leader of the group, Nnamdi Kanu, still remained unknown as at the time of putting this report together.