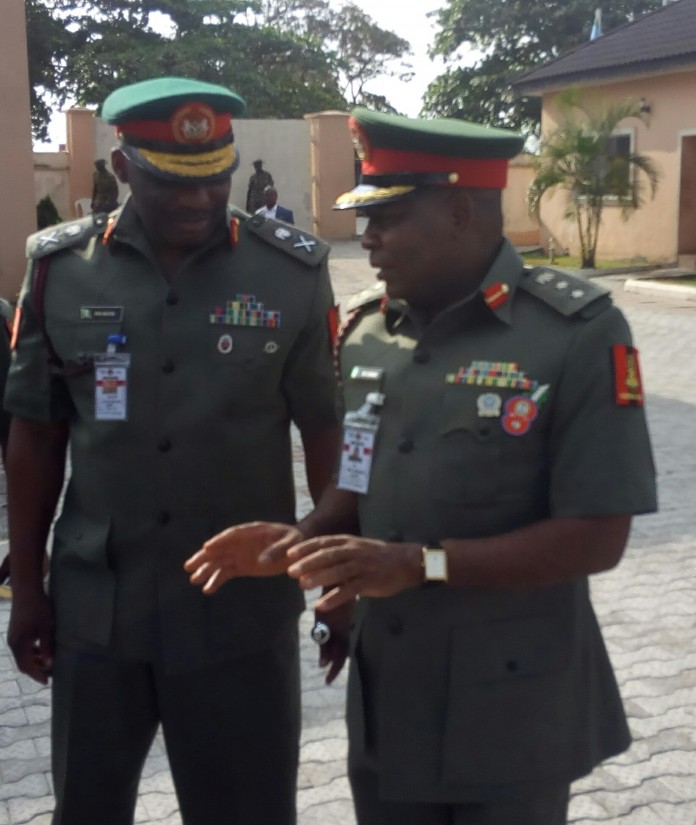 The Chief of Army Staff, Lt.-Gen. Tukur Buratai has said that the Nigerian army was poised to finally eliminate the remaining Boko Haram elements from the battle field in Sambisa Forest.

Buratai said this on Monday at the media workshop, organised by the Nigerian Army School of Public Relations and Information (NASPRI) at 81 Division Officers’ Mess, Lagos.

Represented by the Chief of Civil-Military Affairs, Maj.-Gen. Peter Bojie, assured that the terrorists would finally be eliminated from the battlefield in no time.

Delivering his lecture entitled, ‘’The Utilisation of New Generation Warfare Tactics: Gains and Successes in the North-East Operations,’’ reiterated that “We are degrading their activities. Most of the areas that were initially occupied by the insurgents have been captured and a lot of them have dispersed.

“But again, there are elements of this Boko Haram that are scattered all over the North- East and if you know their characteristics, you will know they operate in small cells.

“So they come out and carry out small attacks and disappear. So, we are making efforts to restrategise, track and finally eliminate them from the battlefield,“ he said.

National Daily gathered that the army boss, who also the Special Guest of Honour, expresses delight over the military and media excellent relationship. He noted with interest that the military would continue to collaborate and exchange information with the media, as required.

“We have been very open with the media. ‘We do not make any negative statement about the Nigerian media and the media are doing very well to the best of my knowledge.’’

He implored every Nigerian to cooperate with the military at providing it with timely information on suspicious activities of individuals or groups in his or her community or locality.

On his part, Mr Femi Adesina, Senior Special Assistant to the President on Media and Publicity, urged the military to regularly organise training and retraining programmes for media men especially those covering defence for seamless reportage of military activities.

Speaking on “The Challenges and Expectations of the Media in Military Operations,” Adesina called on the military to facilitate scoops for the media.

In an interaction with National Daily, Adesina reiterated Federal Government’s commitment in tackling the insurgency, by going after the sponsors of Boko Haram.

Explaining on the released Chibok girls, the media adviser added that the girls were undergoing rehabilitation physically and psychologically.

Earlier, Col. Sani Usman, Acting Director, Army Public Relations, in his welcome address said the workshop was a platform where the military and journalists would rub minds and exchange ideas.

“It is our intention to use this forum to ask for more positive coverage of the army’s activities with due observance of the principles of accuracy and security by the media,“ he said.

National Daily further gathered that the three-day workshop is being attended by Commanding Officers of the Directorate of Army Public Relation Officers (DAPR), defence correspondents from media organisations, academia, public relations managers, military personnel from the British Army, and other invited personalities from other security services.

The workshop is entitled: ‘New Generation Warfare: The Dynamics of Information Management’’.