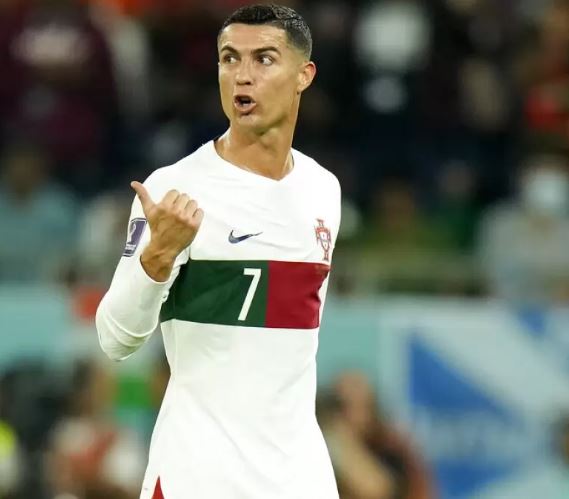 National Daily can confirm that Cristiano Ronaldo has finally broken his silence on his reported blockbuster transfer to Al-Nassr as the former Manchester United attacker remains adamant that there is no truth in the mounting speculation that he has already agreed to the lucrative transfer.

National Daily had previously reported that Ronaldo’s contract was terminated after his explosive interview with ace journalist Piers Morgan where he accused his former manager, Erik ten Hag, of lacking respect, while also taking a dig at the Glazer family for presiding over a period of steady decline since Sir Alex Ferguson’s retirement.

The five-time Ballon d’Or winner had hoped to use the ongoing World Cup as a shop window with the hoped that a positive showing in Qatar would convince a club with Champions League aspirations that he was worthy of a move to a European giant.

But, while Portugal booked a place in the quarter-finals last night after their emphatic 6-1 win over Switzerland, a youngster who Fernando Santos preferred over Ronaldo stole the show thus making it a night the Portugal captain would like to forget after his replacement Goncalo Ramos scored a hat-trick to become the first player to achieve the feat at Qatar.

Meanwhile, Ronaldo was brought on as a substitute with just 15 minutes left to play and sadly, he had a goal ruled out for offside, before storming down the tunnel and refusing to join his teammates in their post-match celebrations.

The sulky striker did, at least, stop for reporters in the mixed zone and offered a brief response to reports that claim he has already verbally agreed to sign a deal worth a staggering £432million.

That response tallies with Morgan’s information with Ronaldo’s public mouthpiece revealing last week that the striker would prefer to remain in Europe.

He said: ‘He thinks that if he does well at this World Cup, he’ll get what he really wants, which is a club in the Champions League that extends his record and his legacy,’ Morgan told the Daily Telegraph.

‘It’s not about money at this stage of his career.

‘It comes down to a burning desire to play football at the highest level, to break records and win trophies. And he has done that in more countries than any other player in history.’