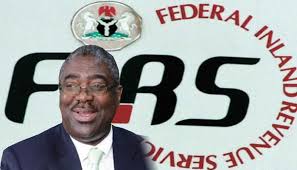 KPMG has cautioned Nigeria’s Federal Inland Revenue Service (FIRS) over its directives that banks should freeze accounts of suspected tax defaulters, saying that such an action is tantamount to breaching bank-client confidentiality.

Recall that in September 2018, Tunde Fowler, FIRS chairman, said the service was going after 6,772 tax defaulters, stating that they would have their account frozen till they pay due taxes.

In addition to this, FIRS has also ordered the banks to deduct the alleged tax debt from these bank accounts “in full or partial payment”.

In its KPMG in Nigeria issue 2.5 released in February 2019, the professional service firm said FIRS has gone too far in its bid to get more people into the tax net.

KPMG said “nothing in the CITA or FIRSEA authorises the FIRS to impose a freeze order on a taxpayer’s bank account beyond the amount of tax proven to be due and payable by that taxpayer”.

“The requirement directed to banks not to honour mandates from taxpayers over and above the tax amount supposedly proven by FIRS to be due and payable is without foundation and goes too far.”

It added that “the letters to the SBs leave them with 7 days within which to comply with the directives of the FIRS. This is contrary to the provisions of Sections 69 and 77(3) of CITA which permit a taxpayer a 30-day period of review and objection”.

KPMG stated that the letters of substitution issued to the banks breach the confidentiality agreement between banks and their clients.

“Generally, a bank has a fiduciary obligation to maintain the confidentiality of its customers and their transactions, and to prevent third-party access to the customers’ account information,” KPMG said.

“We note that the FIRSEA and CITA allow the FIRS to request certain banking information (without breaching the bank’s duty of confidentiality), such as names and addresses of new customers and specific individuals, and details of transactions above N5 million and N10 million for individuals and companies, respectively.

“However, these provisions, including relevant provisos, should not be interpreted to have given the FIRS the absolute power to demand all forms of customer information, including details of account balances, bank statements and other financial records of a company, its subsidiaries or principal officers; or power to direct when a bank may honour its customers’ transaction requests.”

Concluding its intervention to FIRS, KPMG said: “We note and salute the FIRS’ objectives to bring delinquent taxpayers into the tax net and consequently increase the Federal Government’s tax revenue”.

“However, the current practice whereby the FIRS issues fiats to freeze taxpayers’ bank accounts generally and to demand that SBs pay alleged outstanding tax liabilities from customers’ bank balances without recourse to affected persons, is draconian.