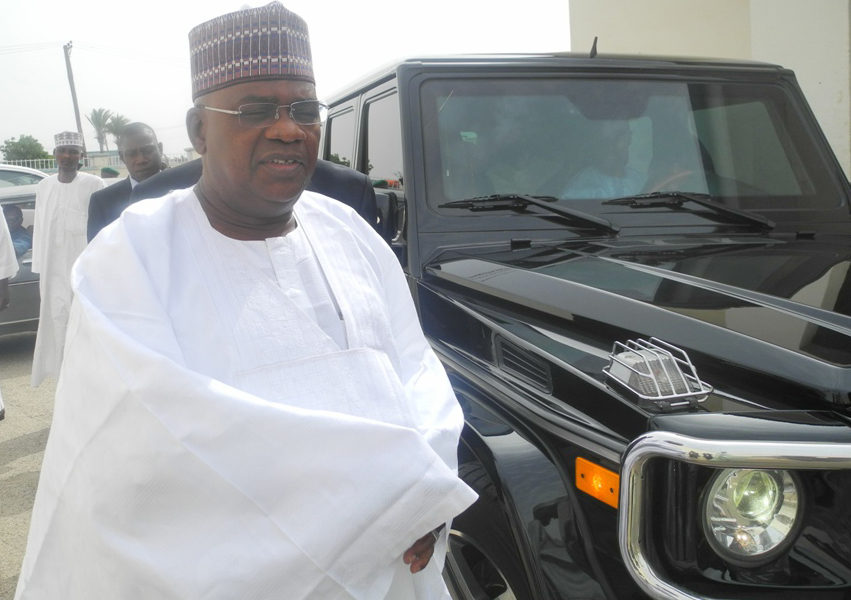 Share this on WhatsApp
Spread the love
The Force headquarters okayed the Thursday raid on Sen. Danjuma Goje’s house in Abuja on Friday when N18 million, $19,000 and 4,000 Saudi Riyal in cash were carted away by the police operatives.
Although the police headquarters has yet to confirm its role in the four-hour bust, those close to the senator said the operatives claim they had a search warrant as they ripped into Goje’s room and that of his wife.
The Gombe APC senator is the chair of Senate’s appropriation committee.
He was said to have been in the National Assembly working on the 2017 budget proposal while the raid lasted.
ALSO SEE: Ikoyi billions part of Dasukigate scam
“The high number of gun wielding officers arrived the House some minutes after 4 p.m., and said they had a warrant to search the house,” Premium Times quoted an aide of the former governor.
“Another group went to his wife’s area because the family are not in town and they also broke some of the doors and drawers and carried many things from there,” he said.
Investigation has since commenced after the bust yielded N24 million in all, and a tome of documents.
A preliminary report might be ready by Monday, the newspaper reported.
Share this on WhatsApp
Related Topics:Force HeadquartersRaidSen. Danjuma Goje
Up Next