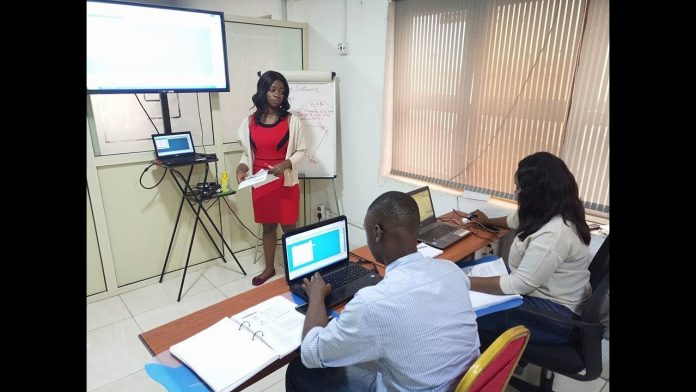 While a few forex trading handlers have genuinely provided value to their patrons, many have taken their investors to the cleaners, defrauding them to the tune of several millions of naira.

According to a report released by Dailyfx (a forex research firm) in 2020, Nigeria’s forex traders traded currency positions worth as much as $1.25 million on average, daily.

While the volume of transactions done so far is huge enough to build an industry, it is also tempting enough to attract scammers, whose mission is to rip ignorant Nigerians of their hard-earned money.

An entrepreneur with business interests in technology and investment management, Dr Tayo Oyedeji, who publicly shared his experience with a forex trader, explained that most Nigerians fall for the forex scammers because they lack adequate knowledge to spot real from fake.

Oyedeji, founder of Overwoodng, an investment management firm, said, “Early this year, a young man walked into my office and offered to “help” us make 5% per month on all the investments in our portfolio. I did the math and saw that our $1 million will quickly become $1 billion in 15 years at 60% per annum from this gentleman.

At this point, Oyedeji decided to allow his instinct and experience to guide him.

“I promised him a lot of investments if he would show me the gains from his platform, and not records. He logged in and showed me his Q1 2019 record, and he actually gained about 30% in Q1 2019. Absolutely magical!

“I insisted on an expanded date range and sure enough, he lost all the gains in Q2, Q3 2019 and made a loss for the whole year. My team was shocked but I just grinned knowingly,” he added.

“Be careful, guys. I can assure you that less than 1% of FX traders can make more than 2% per month. If 2% per month is so difficult to achieve, how can these magicians offer you a 5% return? You will lose your money. Don’t do it,” he cautioned.

Unlike Oyedeji, Femi Bello, an electrical engineer, was not lucky or rather, was not as discerning as the investment analyst.

When he was approached by his younger brother, a student of Moshood Abiola Polytechnic, Abeokuta, to invest in forex through Tonso Elite Investment Limited, he wasted no time in injecting the sum of N800,000 into a company he knew little or nothing about.

Bello said, “From all indications, I and six of my friends had been duped by the students. Before we invested, they invited us for their investors meeting at Abeokuta last year. At that meeting, luxury vehicles were presented to their investors that had been with the company since inception.

“We didn’t know that that was a bait to get more people on the hook. After the meeting, we invested our money and actually got 20% returns on investment after 40 days.

“We got such returns three times before our fingers got burnt. After they failed to remit returns for three months, the guys were no longer reachable. At the moment, they have disappeared, abandoned their office and houses in the Ogun State capital.”

Dr Sola Owoeye, an economist, warned that such schemes with all the illegality and promises of unrealistic returns, have burnt the fortunes of many ambitious investors, adding that it has been a recurring challenge that has of late, grown aggressively, as more Nigerians have fallen and are still falling victims to such schemes.

Similarly, the Securities and Exchange Commission (SEC) has warned Nigerians to steer clear of forex trading, as it is not regulated, unlike the Nigerian Capital Market.