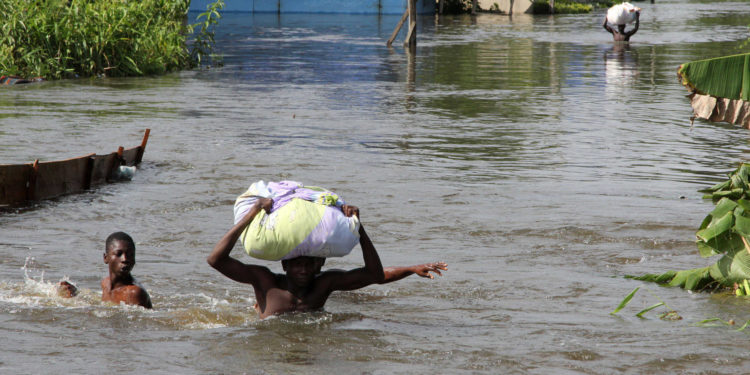 A Non-Governmental Organisation, Arthur-Ugwa Chinedu Foundation, has donated food items and undisclosed amount of cash to flood victims in Bayelsa to cushion the effects of the natural disaster.

The Managing Director of the foundation, Mr Chinedu Arthur-Ugwa, who led the distribution of the materials in Yenagoa on Friday, said it was part of the foundation’s effort to support the state government intervention.

Arthur-Ugwa called on Nigerians to rally support for the victims.

Arthur-Ugwa, who is also the South-South Zonal Coordinator of Ohanaeze Ndigbo Youths, commiserated with the victims for their losses and assured them of the Foundation’s commitment to their welfare.

“We’re all affected by the ravaging flood in Bayelsa and we will not fold our hands and wait for the government to do everything.

“Last week, we went round to see things for ourselves and today we are doing the little we can to support the state government,” he said.

He called on relevant government agencies and political leaders to address the ravaging floods as a matter of urgent national importance to save lives.

Mr Gift Kome, the President General, Delta Youths, who spoke on behalf of the beneficiaries, thanked the foundation for coming to their aid and called for divine intervention to the disaster.

The News Agency of Nigeria reports that representatives of the Arewa and Yoruba communities as well as Ohanaeze Ndigbo and South-South communities benefited from the donation.

Sowore tackles Atiku over trip to US