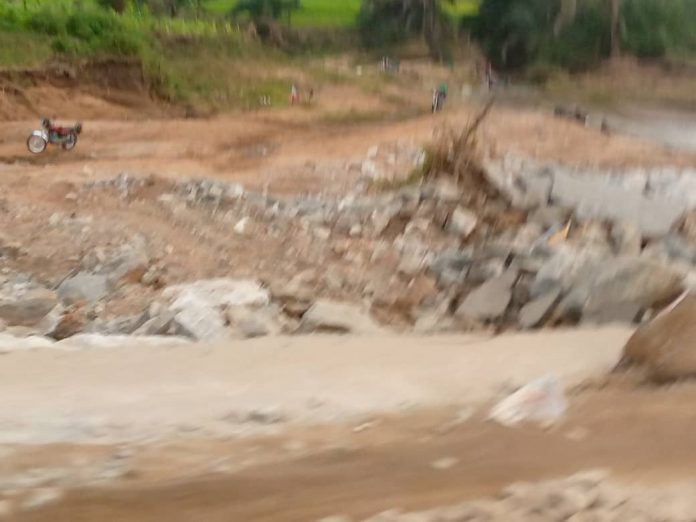 The Federal Road Safety Corps (FRSC), and members of National Union of Road Transport Workers (NURTW) on Monday repaired the Obajana junction that was problematic and had consistently caused traffic gridlock along the Kabbah-Lokoja-Abuja road.

The News Agency of Nigeria reports that the repairs on the dilapidated point of the highway was initiated by the Zariagi Unit Command of the FRSC in collaboration with NURTW.

Mr Moses Odogiyon, the Zariagi Unit Commander of the FRSC, told NAN that the damaged junction was largely responsible for the traffic gridlocks experienced along Kabbah-Lokoja-Abuja road.

“The experience of our officers at this junction on Friday and Saturday was very bitter.

“Because of the bad state of the road, it took us 48 hours to clear the gridlock.

“So, the repairs on the damaged portion is a big achievement to us.

“We had written to the Federal Ministry of Works and Dangote Cement for assistance, but nothing came. We just had to find another means, which paid off today,

“We are grateful to the NURTW Chairman, Alhaji Haruna Salami, who quickly momobilised his members for the repair of the damaged portion,” Odogiyon stated.

Also speaking, Salami expressed happiness that the collaborative effort between NURTW and FRSC became a success that would allow free flow of vehicular movement through the junction.

“As NURTW chairman here at Zariagi, I am so glad that this damaged portion of the Zariagi-Kabba Junction Roundabout is fixed, considering the series of accidents and gridlocks experienced here,” he said

He called on the federal and state governments as well as corporate organisations to always give attention to highways to reduce the carnage on the nation’s roads.