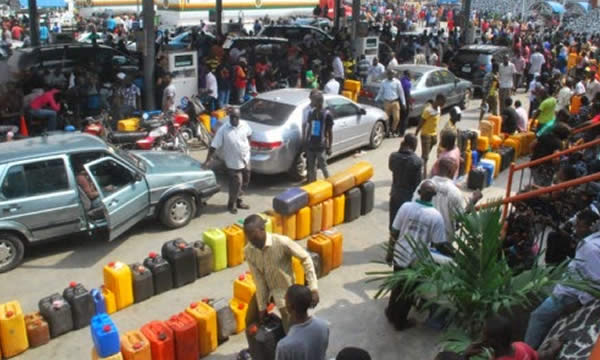 Despite assurances of availability of Premium Motor Spirit by Federal Government, many petrol stations in Osun were not selling the product.

The hoarding which began in Abija last week has spread through the southwest, reaching as far as Osun where many of the petrol stations were under lock and key on Sunday.

Meanwhile, the few petrol stations selling the product had long queues of vehicles.

Some of the marketers said the scarcity of the product was as a result of inability of many of the Independent marketers to lift the product at the Lagos depot.

Most petrol stations in the state were hoarding the products and selling to motorists at a particular time while others stopped selling earlier than expected.

motorist who was on the queue at Cornoil filling station at Old Garage, Osogbo, said it was sad that petrol stations were hoarding the product thereby creating artificial scarcity.

Motorists  facing the stress of fueling their cars are now appealing to the appropriate authorities to do the needful before things become more difficult for the common man.

Commuters to complain of many commercial drivers were taking advantage of the scarcity to increase transport fares.