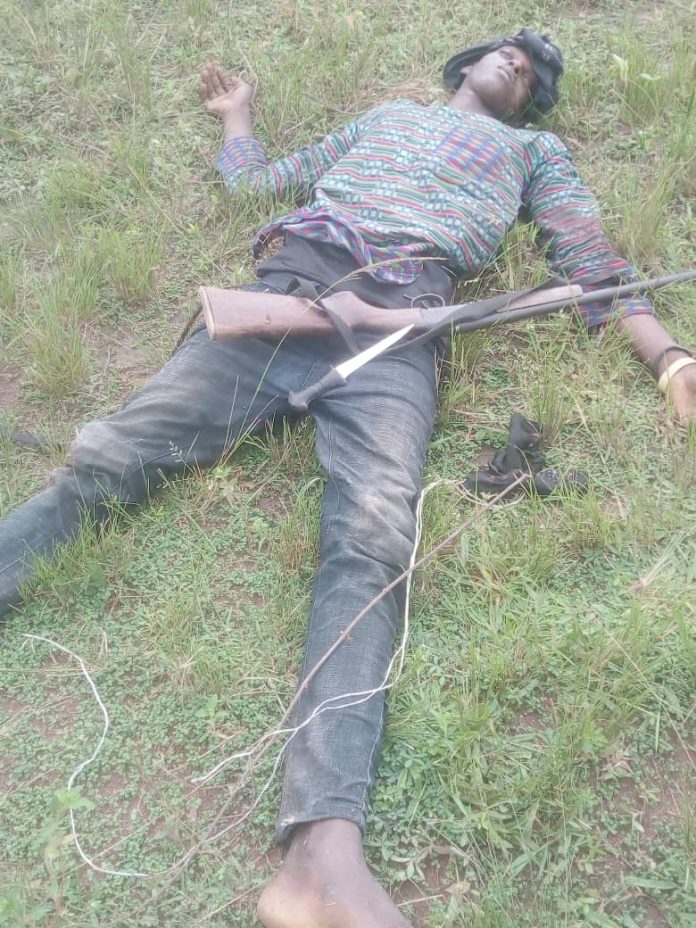 Bandits engaging men of the Ogun police command are ending up dead—or arrested.

In two encounters in about 24 hours, three of the criminals have been killed, and one arrested.

It’s a good thing, according to the state CP Edward Ajogun.

He said this while commenting on the August 31 shootout between his men and those of the underworld at Ilara forest in the Imala LGA of the state.

Imala divisional headquarters received such intel about six armed kidnappers milling about in the forest.

“Upon the information, the Dpo Imala Division, CSP Bernard Ediagbonya quickly mobilized his men, the hunters, vigilante men, so safe corps as well as Fulani youths and stormed the forest,” a statement by the command’s PRO Abimbola Oyeyemi said.

“On getting to the scene, the hoodlums, who sighted the team from afar opened fire on them, and the team engaged them in gun duel.”

When the shooting was over, one of the bandits lay dead, another one, Usman Maidama, surrendered. Others escaped into the bush with gunshot injuries.

Recovered from them are: one single barrel gun, one face mask and two pairs of sandal.

In the Itori area, two gangsters operating kidnap and ransom in the area were shot dead in an earlier encounter with the police.

Apart from deaths and arrests, mopping of weapons has been going on, too.

So far four Ak-47 riffles have been recovered from kidnappers in the last three weeks.