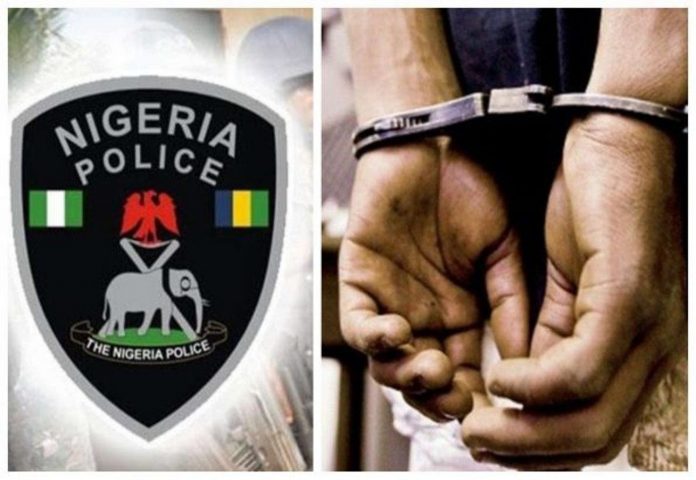 The Osun State police command has arrested two ritualists in a hotel in Osun state with female body parts.

National Daily gathered that the hotel management had raised an alarm to the police stating that a girl screamed twice and after that, no noise was heard again from the room.

According to the management when the guys were about to leave, they were asked to be escorted back to the room to see if everything was fine and why the girl they came with wasn’t leaving with them.

That was when they were able to gain access in the room and saw a pool of blood with some body parts removed from the lifeless female body which they tried escaping with in a bag, the spokesman said.

READ ALSO: Ritualists reveal how they lured girls with money

During some further investigation by the police, it was found that the names of the apprehended criminals are Ayodeji Saheed and Tunde Obadimeji who both confessed saying it was not the first time they are committing such and that they have killed more than 70 girls.

They specialized in getting female parts and one Abefe Sadiq paid them for each part. #600:000:00 Six hundred thousand naira.

They went further saying that “girls of these days are easily lured with those things” All they need to do is to get or rent a fancy car with cash they would spend on the girls, and that is all these girls fall for. Then they are being taken to a hotel room where they are told that they would be having fun overnight but instead they are being slaughtered.

Meanwhile, the Commissioner of Police said that efforts are being made to arrest Abefe Sadiq, the one who contracted them to commit the heinous crime.

The CP also went further saying that information should be passed round to all female friends, sisters and colleagues that they should all be careful not to fall for guys like this, there are some out there who are meant to destroy lives he said.