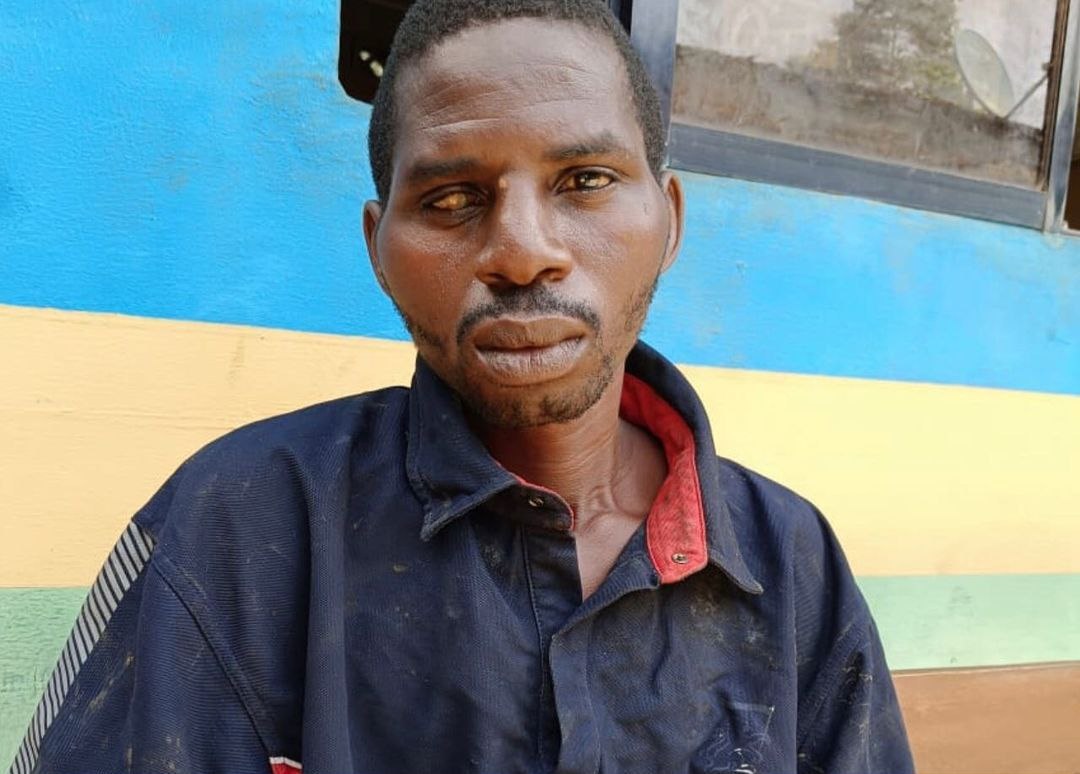 A 36-year-old man, Sikiru Ajibola, has been arrested by men of Ogun state Police Command for [email protected] a 5-year-old boy in Ogijo, Ogun State.

He was arrested on Friday November 25, following a report at Ogijo divisional headquarters by the CDA Chairman of Olorunwa Arogbeja Ogijo, who reported that one of the community members informed him that the suspect had unlawful carnal knowledge of the victim.

It is reported that the boy d#ed in the process. Following the report, Sikiru was promptly arrested and confessed to the crime.

Spokesperson of the command, SP Abimbola Oyeyemi in a statement said that the suspect confessed to being a homosexual and that while he was having s#x with the victim, he gave up the ghost. He added that he quickly dug a shallow grave in a nearby bush where he buried the boy.