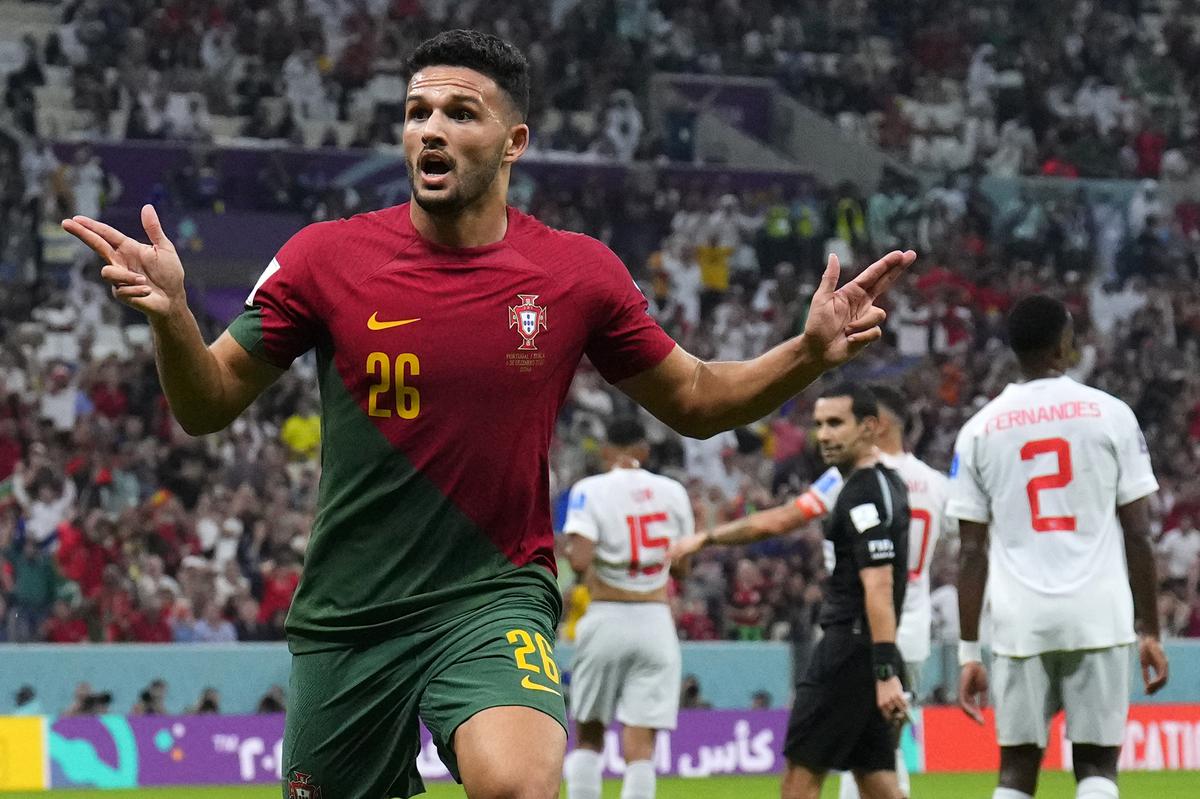 Portugal striker Goncalo Ramos scored the first hat-trick of the FIFA World Cup Qatar 2022 against Switzerland in the round of 16 match at the Lusail Stadium in Qatar on Wednesday.

He scored the first goal in the 17th minute and doubled it earlier in the second half. With a fantastic finish in the 67th minute in a one-on-one situation, he completed the hattrick, taking Portugal’s goal tally to five against the Swiss.

Ramos, who plays for Benfica in the Primeira Liga (Portuguese League), has 14 goals and six assists for his club this season across all competitions.

Ramos is also the top scorer in his league, with nine goals in 11 appearances.

He has scored 20 goals for Benfica overall in 45 appearances at the senior level.

A product of Benfica’s youth academy, he rose through the ranks and has established himself as one of the important names in the senior team.