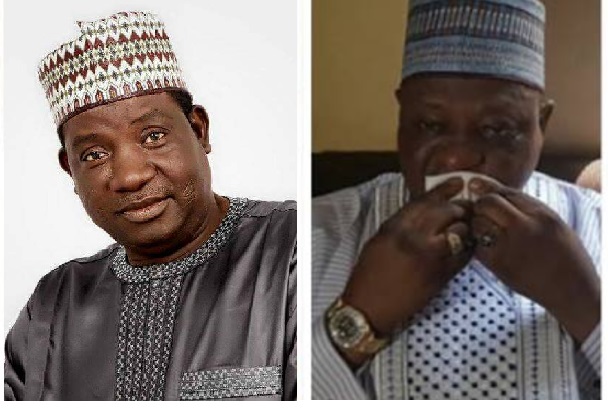 The Spokesman for the All Progressive Congress (APC), in Plateau State, Sylvanus Namang has said the release of the former governor of Plateau State, Joshua Dariye, was largely influenced by Governor Simon Lalong due to his relationship with President Mohammadu Buhari.

Namang said the bond Lalong shared with Dariye was dated back on his days as speaker when he refused to impeach Dariye who was a governor as at then.

“The refusal of Lalong as a speaker in 1999 to impeach the former governor Joshua Dariye landed him in EFCC net where he spent 45 days”, the APC spokesman said.

Namang stated this Monday while speaking with our correspondent on the release of Senator Dariye from the Kuje Prison.

He said every Plateau citizen should be happy on receiving the news of the release of Dariye rather than the insinuation that Lalong is working against his freedom.

“We have heard insinuation from every quarters that the governor is frustrating Dariye’s release but the truth is that Lalong used his position as the Northern Governor’s forum Chairman and the close relationship he enjoyed with the President Mohammadu Buhari to influence Dariye’s release.

“What people are insinuating can only be classified as market women discussion and nothing more.

“Dariye will not forget all Governor Lalong’s sacrifice and for people to think that he will defect from the APC after regaining freedom is only on the infringement of their imagination.

“So my advice to him is to remain in the ruling party regardless of whatever sentiments that are being peddled around”, Namang said.

However in a statement sent to our correspondent Monday, the Kuje Prison Spokesman, Chukwuedo Humphrey, said the release of Dariye was sequel to the receipt of the letter of clemency from the presidential prerogative of mercy committee by the Controller General of Corrections Haliru Nababa.

According to him: “The controller of Corrections FCT Command Ahmed Musa Ahmed acting upon the directives of the controller General also released three other inmates who were granted pardon from the Suleja custodial centre.

“The pardon which was granted earlier this year by President Muhammadu Buhari was done based on recommendations from the presidential prerogative of mercy committee who have interviewed all inmates based on deteriorating health status, age as well as good behavior and industry during the period of serving their sentences”, the statement reads in part.