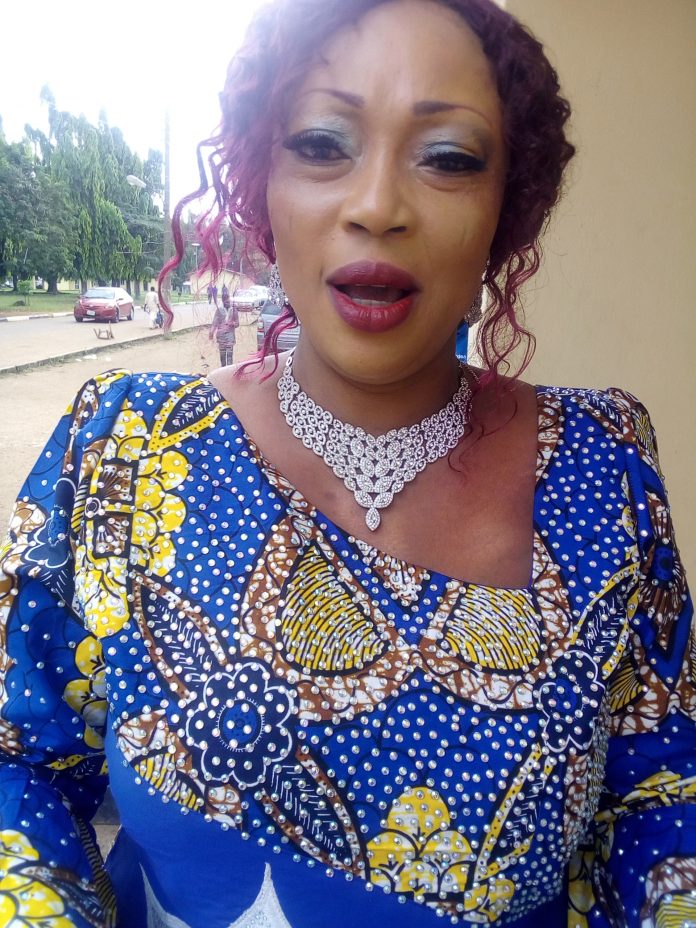 Obiageli made this assertion while fielding questions from newsmen at the official launch of the her book English Language Usage and Communication Skills ,which was co-authored by her mother Professor Pat Okafor.

Obiageli who teaches use of english language and effective communication skills at the Department of General Studies,Federal Polytechnic Ilaro,Ogun State noted that she was spurred to write the book having viewed the rampant misuse of tenses and error riddled spoken english of supposed literate individuals in the society,citing the need to guide speakers of English Language in Nigeria on how to avoid mother tongue and native dialect interference in their spoken english.

“Students don’t communicate well they allow the native dialects interfere in their spoken english,they coin their local language in English language and so it affects their grammar,affecting their phonology, grammar and the way they use their tenses,so my aim is for them to go through this book and use the knowledge to reshape their english. Communicate effectively and be able to use tenses correctly.

Commenting on the dwinling reading culture in Nigeria, Obiageli blamed the misuse of social media, adding that the government should intensify efforts in training the trainers.

“We don’t have enough infrastructure in our educational sector,our government should be able to do more now,they should build our schools and teachers,building without teachers is disastrous, our children should be well taken care of ,government have to invest more in our teachers,books and development so that every body will turn out to be better people in future.

Speaking on the mass sack of 21,000 teachers by the Kaduna State Governor El-rufai, which she regarded as a needless effort, Obiageli noted that government should rather invest money in deliberate training of the teachers so as not to further extend the bracket of the unemployed in the state.

“A number of people delved into teaching not because they are qualified to go into teaching,many delve into teaching because there are no jobs, teachers are supposed to be trained as teachers,through the teachers training college,you have maybe a bachelor’s degree in education then you move ahead,gradually,you don’t just get out as a graduate from the university and just go into teaching.

“The Kaduna State Governor should rather get them trained rather than sacking them, there are no jobs, we don’t have enough teachers,so the ones that are already there but are not doing well, the best thing is for government to train them, let them develop their skills and competence. Government should put more money and finance to put these people back in form, rather than sacking them.