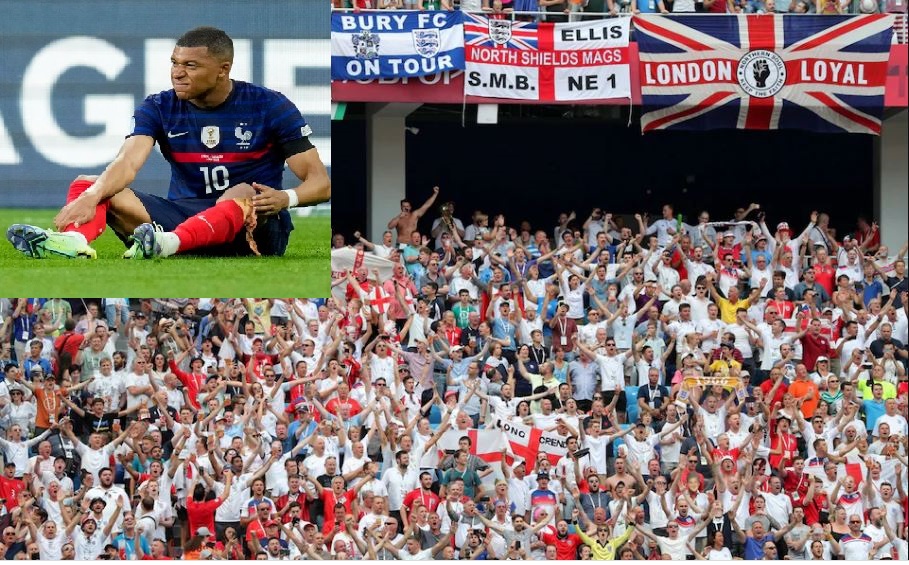 England fans should be in an ecstasy as the news reaching National Daily claims that France’s sensation Kylian Mbappe was absent from training on Tuesday just four days away from Les Bleus World Cup quarter-final showdown against the Three Lions.

National Daily can confirm that the 23-year-old has been in sensational form in Qatar after taking his tally to five goals in four games with a superb brace against Poland.

However, it has been reported by L’Equipe that the PSG forward was not present at training at the Jassim-bin-Hamad stadium where the rest of the team trained on Tuesday afternoon.

National Daily learnt from further reports that Mbappe spent the day working in the France ‘recovery room’, working on a different schedule from his teammates.

England take on France for a place in the semi-final of the competition this weekend and the Three Lions fans being aware of the threat the former Monaco sensation poses can only wish that he fails fitness test going into their clash on Saturday.

Mbappe was carrying a slight injury issue earlier in the competition. The forward was pictured wearing strapping around his ankle ahead of the final group match against Tunisia, starting on the bench for that game with France’s place in the last 16 already secured.

The ankle issue is said to have been picked up while Mbappe was playing for PSG but he has shown no signs that it has affected him in Qatar with a string of superb performances for Les Blues.

Mbappe will pose the biggest threat when England take on the defending champions this weekend with former Arsenal and Chelsea striker Olivier Giroud also in formidable form, having overtaken Thierry Henry’s all-time goal scoring record with his goal in the 3-1 win over Poland.

Giroud will lead the line for Didier Deschamps side with Mbappe in support, with the veteran describing the PSG star as one of the best forward’s he has ever played alongside.

‘Kylian is basically one of the best players I’ve played with,’ Giroud said in a press conference. ‘He is amazing and is still young which is scary as he can still improve.

‘He is very efficient and, from the beginning of the competition, he’s been crucial for us – very decisive, very competitive. He’s obviously the best striker I’ve played with in all of the teams I’ve played in.

‘We’ve not seen the best of him, I hope it’s going to come soon and he will beat all the records. I know that and you know it as well.’

Giroud added: ‘Football is so spontaneous that we can make movements like that. That goal came from that combination. Our relationship has always been good.

‘Our relationship has always been good. And this infectious enthusiasm is something we want to share with the young players and make our fans happy.’