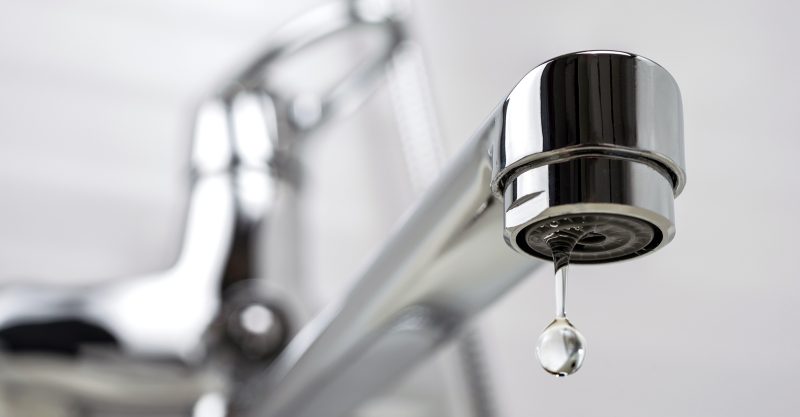 A joint investigation by the Guardian and Consumer Reports found drinking water samples from systems servicing more than 19 million people in the U.S. contained unsafe levels of multiple contaminants.

On Tuesday, the Guardian released the results of a nine-month investigation conducted jointly with Consumer Reports (CR) which showed alarming levels of heavy metals like arsenic, lead and chemicals from plastic PFAS (per- and polyfluoroalkyl substances) in drinking water samples across the U.S.

According to the Guardian, millions of people face serious water quality problems in the U.S. because of contamination, deteriorating infrastructure and inadequate treatment at water plants.

As part of the study, CR and the Guardian selected 120 volunteers to provide tap water samples which were then tested for heavy metals like lead and arsenic, contaminants and PFAS — a group of compounds found in hundreds of household products that are linked to learning delays in children, cancer and other health problems.

The samples came from water systems that service more than 19 million people.

Here are four key findings from this report:

A total of 118 of 120 samples analyzed had concerning levels of PFAS, arsenic or lead exceeding safety thresholds set by CR scientists and other health experts.

Almost every sample had measurable levels of PFAS and more than 35% of samples contained the potentially toxic “forever chemicals,” at levels that exceeded CR’s  maximum safety threshold.

About 8% of samples contained arsenic at levels above CR’s recommended maximum.

One tested water sample in New Britain, Connecticut, had a lead concentration of 31.2 ppb — more than double the U.S. Environmental Protection Agency’s (EPA) action level of 15 ppb, and 25 ppb higher than the water quality report sent to people who use the water.

In response to the findings, EPA spokesperson Andrea Drinkard said 93% of the population supplied by community water systems get water that meets “all health-based standards all of the time” and that the agency has set standards for more than 90 contaminants. That includes arsenic and lead but not PFAS.

However, according to an analysis of more than 140,000 public water systems published by the Guardian in February, millions of people in the U.S. are drinking water that fails to meet federal health standards, including limits for dangerous contaminants.

CR’s results showed PFAS in 117 of 120 samples tested, from locations across the country. Two CR samples had PFAS levels above the federal advisory level of 70 ppt, with the highest amount at 80.2 ppt.

PFAS chemicals have been manufactured and used in a variety of industries in the U.S. since the 1940s, according to the EPA. They can be found in food packaging, commercial household products, stain and water-repellent fabrics, nonstick cookware, polishes, waxes, paints, cleaning products, fire-fighting foams, oil and plastics industries and contaminated drinking water.

PFAS chemicals seep into water from factories, landfills and other sources. They’re often called “forever chemicals” because they can accumulate in the body and don’t easily break down in the environment.

An investigation into the health effects of PFAS involving research of 69,000 people revealed a “probable link” between exposure to a type of PFAS chemical and six health problems: high cholesterol, ulcerative colitis, thyroid disease, pregnancy-induced hypertension, and testicular and kidney cancers. Research has also linked PFAS to learning delays in children.

At least 2,337 communities in 49 states have drinking water known to be contaminated with PFAS, according to a January analysis by the Environmental Working Group, an advocacy organization.

Despite evidence of widespread contamination and health risks, the EPA has not set an enforceable legal limit for PFAS in drinking water. It has established only voluntary limits, which apply to just two forever chemicals — perfluorooctanoic acid (PFOA) and perfluorooctanesulfonic acid (PFOS) — at 70 parts per trillion combined.

Harvard environmental health professor Philippe Grandjean has suggested that the limit should be just 1 ppt for PFOA and PFOS, citing his 2013 research published in Environmental Health.

Most municipalities don’t test for PFAS, and when they do, it’s only on a small scale.

Almost every sample CR tested had measurable levels of arsenic, a common groundwater contaminant, including 10 samples with levels between 3 and 10 ppb, according to the Guardian.

CR scientists and environmental advocacy groups like the Natural Resources Defense Council (NRDC) have said the limit should be 3 ppb or lower, but the EPA allows arsenic in drinking water up to 10 ppb to balance the costs for water system operators against reducing health risks.

Research suggests exposure to minimal levels of arsenic can pose long-term health risks. A 2014 study in Environmental Health found that arsenic at 5ppb or greater was associated with reduced IQ in children.

As The Defender reported in March, arsenic was “ranked number one among substances present in the environment that pose the most significant potential threat to human health,” according to a congressional report that resulted from an investigation into heavy metals like lead and arsenic found in baby food.

Concerns of lead in drinking water first made national headlines during the Flint, Michigan water crisis in 2015. Scientists and the EPA have agreed there is no safe exposure level for lead, though the EPA’s action level for lead is set at 15 ppb.

While New Britain’s annual water quality report for customers indicated that its average lead level was 6 ppb, one sample tested by CR showed lead concentrations of 31.2 ppb, more than double the EPA’s action level of 15 ppb.

Lead typically works its way into drinking water through lead pipes leading to peoples’ homes or in the homes’ plumbing. An estimated 3 to 6 million homes and businesses in the U.S. still get water through older lines that contain lead, according to EPA estimates, and an unknown number of homes have plumbing fixtures made of the heavy metal.

It is well established that inorganic arsenic and lead found in tap water are neurotoxic and can result in reduced IQ as well as adverse neurodevelopmental outcomes, such as autism spectrum disorder and attention-deficit/hyperactivity disorder (ADHD) — two conditions that have been steadily climbing for several decades, reported The Defender.

According to the Agency for Toxic Substances and Disease Registry, lead can also cause reproductive issues, low bone density, poor kidney function, cognitive decline and negatively impacts every organ system in the body. High levels of exposure can cause encephalopathy or death.

The American Academy of Pediatrics has identified no “threshold or safe level of lead in blood.”

Next steps — solving the problem

Although people can seek cleaner drinking water by using filters and home filtration systems that remove dangerous contaminates, CR says fixing the problem shouldn’t be up to consumers.

The NRDC has called on the Biden administration and Congress to enact legislation requiring the expeditious removal and replacement of lead lines and to take immediate steps to address PFAS contamination in drinking water.

Share this on WhatsApp
Related Topics:ArsenicLead and Toxic Chemicals
Up Next