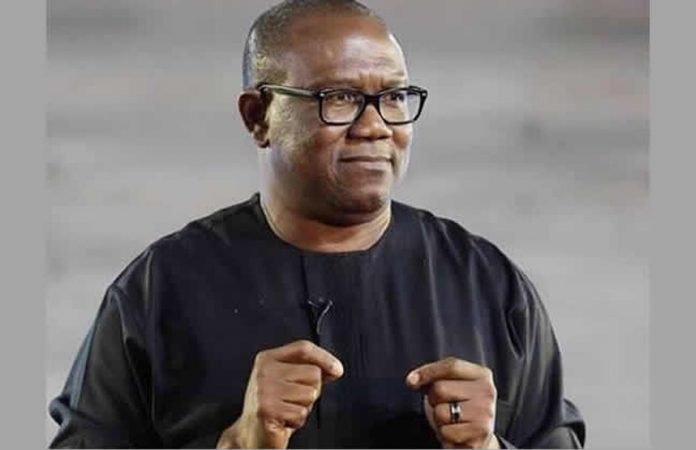 An advocacy group on human rights, justice and equity, Nigerians For Justice (NFJ), on Monday protested sponsored inquest into the foreign businesses of former Governor of Anambra State, Peter Obi.

Nigerians For Justice (NFJ) in a statement in Asaba, Delta State, on Monday, berated what it considered an “obvious sponsored inquest” against Obi. NFJ argued  that the PREMIUM TIMES report on Obi’s foreign business activities published on Monday was intended to blackmail  the vice presidential candidate of the Peoples Democratic Party (PDP) in the 2019 elections.

NFJ Chairman, Francis Ezeoka, in the statement, protested that the publishers acted in bad faith, doing a hatchet job that is “lacking in substance” and “purity of motive.” He noted that desperate politicians in the country are becoming intimidated by the rising political profile of Peter Obi in the build up to the 2023 general elections.

Ezeoka chided PREMIUM TIMES for perceived prejudices and pursuing ulterior motives beyond providing information for the public. He berated the online publication for commencing the report with judgement, which eh said exposed the reality that Premium Times was on a sponsored mission to destroy the personality and reputation of Peter Obi.

According to Ezeoka, pertinent questions for PREMIUM TIMES are: “Did you trace any missing government money to any company Obi has real or imaginary interest?

“Is any public money missing in any public establishment Obi has had contact with, such as Anambra State, Security and Exchange Commission?”

NFJ, accordingly, declared: “There is nothing in PREMIUM TIMES’ investigations or report that impeaches Obi’s integrity. It provides no proof of corruption by Obi but merely alleges failure to declare his foreign assets.

“To prove that he has nothing to hide, we learnt that Obi made himself available to PREMIUM TIMES and honestly answered all their questions.

“Apparently disappointed that they could not establish a case of corruption against him, the newspaper resorted to editorialising and playing the prosecutor contrary to the journalism tenet of fair reporting.

“We know many fantastically corrupt Nigerians and the property they acquired while in government, as well as how they stole the money of their states and ended up plunging their states into debt and yet PREMIUM TIMES did not consider them objects of investigations.”

NPF cautioned that the fight against corruption in Nigeria must be separated from witch-hunting of political leaders.