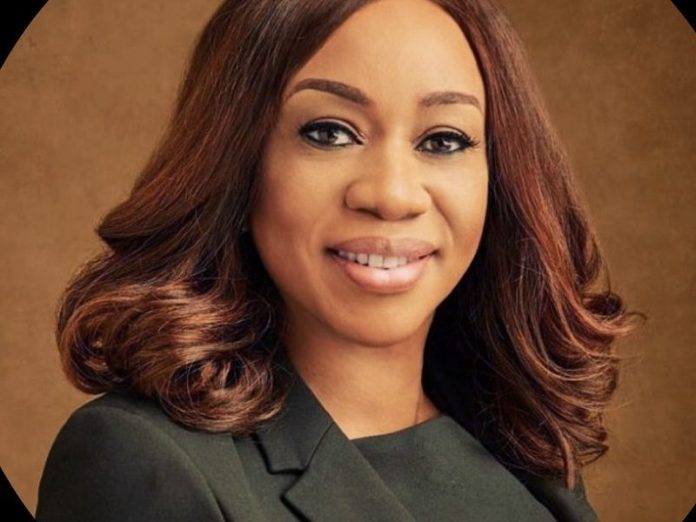 Guaranty Trust Bank has announced the appointment of Mariam Olusanya as Managing Director.

This is according to a notice signed by the company’s secretary, Erhi Obebeduo, and sent to the Nigerian Exchange Group Limited (NGX).

Olusanya used to be in charge of the Wholesale Banking Division of GTBank, which comprises the Asset and Liability Management, Trading and Sales as well as the Corporate Finance Groups.

Miriam Olusanya had a short stint in Transactions Services and later moved to the Bank’s Treasury Group in 1999. She managed the local and foreign currency trading desks before becoming the Bank’s Chief Dealer in 2003 and subsequently, Treasurer in 2004.

In 2006, she led the team that secured the appointment of the Bank as a Primary Dealer/ Market Maker in Federal Government of Nigeria (FGN) Bonds with the Debt Management Office (DMO).

The GTBank Executive Director also obtained the professional ACI (Association Cambiste Internationale) Dealing certification – The Financial Markets Association. She has attended various courses and Executive programmes at institutions such as the Cranfield School of Management. Miriam Olusanya serves on the Board of Guaranty Trust Bank (Gambia) Limited as a non-executive Director.