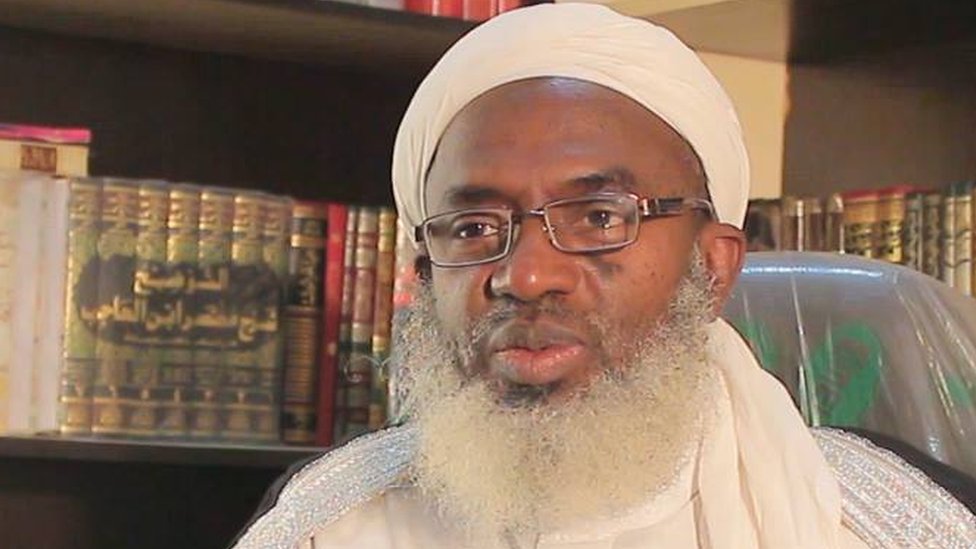 An Islamic scholar, Sheikh Ahmad Gumi, on Friday blasted the Nigerian government for blackmailing the media, notably, BBC Africa Eye and Daily Trust, as scapegoat cover up government’s failure to contain insecurity in the country and divert public scrutiny into high-level corruption in military spending and budgetary allocations. Sheikh Gumi stated that the federal government gas spent over $16 billion in the past seven years on security without positive result.

Sheikh Ahmad Gumi in a statement on Friday, indicated that local and international media organisations have been bold in reporting the intensity of insecurity in the country, government’s faulty approach to taming the insecurity crisis, and how terrorism and banditry have become a lucrative business for the criminals and few persons in the position of power and authority. He called for resistance of the government’s plot to blackmail and intimidate the media for exposing the realities of insecurity in Nigeria.

Sheikh Gumi declared: “FG’s attempt in trying to find a scapegoat to justify its glaring failure after wasting over $16 billion in the last seven years without any commensurate result on security and efforts to blackmail certain media organisations for their patriotism in reporting the crisis is unfortunate and should be resisted by all responsible media organisations.”

Sheikh Gumi maintained that the BBC documentary represented the actual happenings in Zamfara State, saying that it was done professionally with the highest ethical standards that seek solutions to consistent attacks on vulnerable communities.

Sheikh Gumi berated that Nigerian government for ignoring using such independent discovery to tackle the insecurity crisis but resorted to threaten sanction against the media.

Sheikh Gumi argued federal government’s assumption that the BBC and others like Daily Trust are giving undue publicity to bandits, and their activities or promoting terrorism are unfortunate, myopic, and mischievous. He accused the government of attempt to blackmail media houses in order to cover its failure and divert public scrutiny into high-level corruption in military spending and budgetary allocations.

The Islamic scholar enjoined the media not to be intimidated or succumb to official blackmail, encouraging the media to always hold the government accountable, particularly, issues relating to government’s failure to protect lives and properties despite the billions at its disposal. He insisted that the BBC exposed what is exactly the insecurity situation in Northwest Nigeria.

Sheikh Gumi alleged that security personnel rustle the cattle of Fulani herdsmen, insinuating an ethnic war in North West Nigeria. “I have well-documented evidence involving some security agents in which I personally intervened,” he said.

The Islamic scholar protested that the Nigerian government can seldom tackle insecurity crisis, especially related to Fulani bandits, without addressing instances of extortion and cattle rustling.

According to Sheikh Gumi, “what is happening in Nigeria today, especially in the North West, as clearly captured by the BBC, is more of an ethnic war and reprisal killings and attacks due to the government’s failure to address well-documented instances of injustices that were initially done to the Fulanis

“What do you expect from a society that was left in total ignorance and lack of education, especially, when their primary means of livelihood has been completely rustled by other criminal elements within and outside our security agencies without any effort by the government to address the injustice.

“As I talk to you now, cattle rustling has not stopped. Many law-abiding Fulanis have fallen victims to the official extortion of their cows. I have well-documented evidence involving some security agents in which I personally intervened.

“How do you expect as a government to address insecurity, especially related to Fulani bandits without addressing such instances of extortion and rustling?”

Sheikh Gumi expressed concerns that Boko Haram terrorists have infiltrated the Fulani bandits, adding that the armed bandits are gradually being indoctrinated to their religious belief and mission.

He accused President Muhammadu Buhari, the Commander-in-Chief of the Nigerian Armed Forces, of rewarding failure with ambassadorial appointments in the military. He was of the view that the government should hold security personnel accountable and responsible for any failure than silence or blackmail the media.

Sheikh Gumi declared: “When a Commander-in-Chief rewards failure with ambassadorial appointments in a system and a society that records increased attacks, when security agencies cannot even protect Abuja and especially when the Guards Brigade cannot even protect themselves not to talk of the President, then why blame the media for such failure and ineptitude for reporting it?”