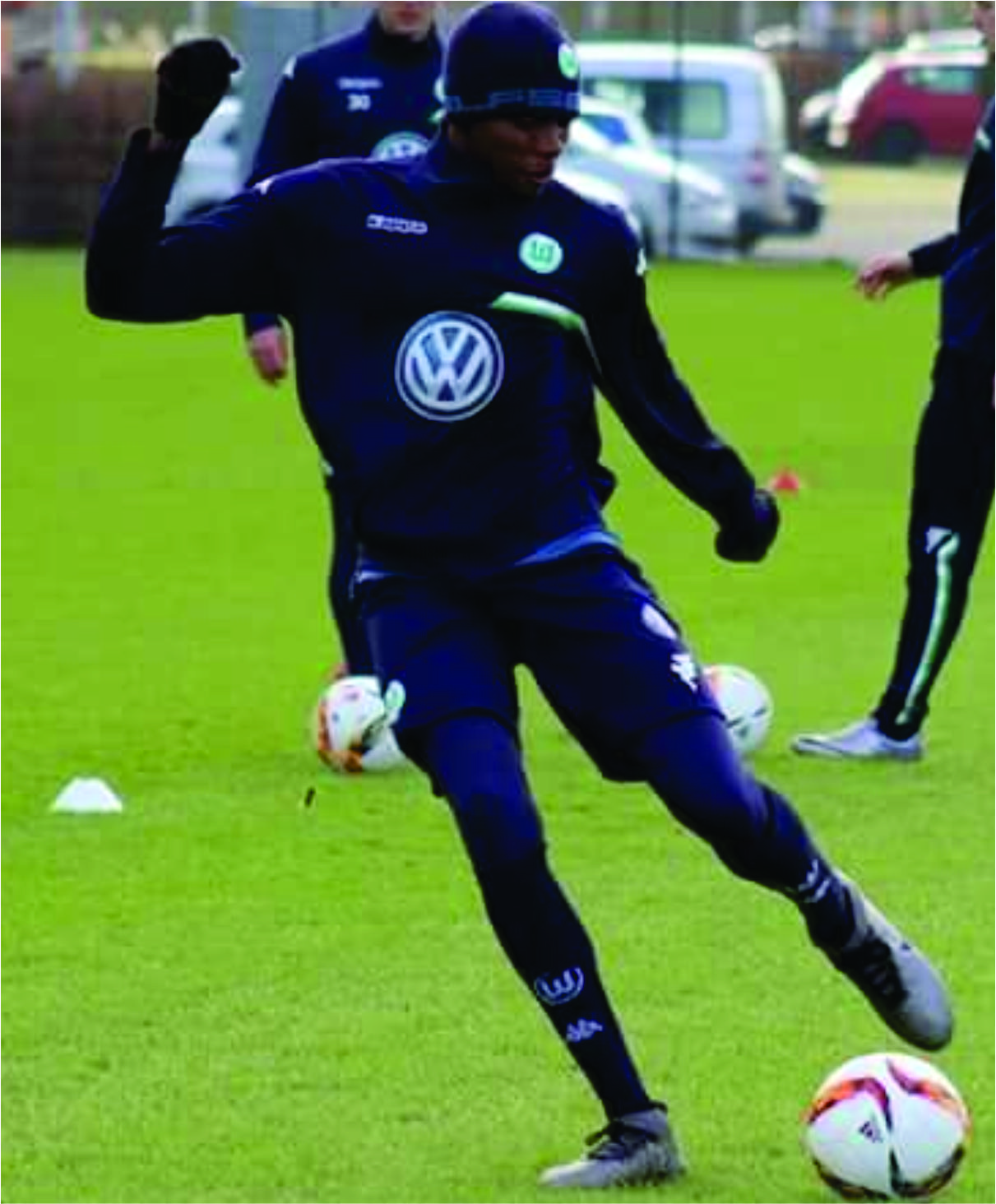 GOLDEN Eaglets and Fifa U-17 World Cup Chile 2015 adidas Golden boot winner,MVP ,Victor Osimhen has started training during the week with Wolfsburg,he revealed that he will officially join the club January 1st 2017 Wolfsburg,Bundesliga side in Germany club.

Osimhen added that he will move to the club next year. The Bundesliga side, who currently sit in seventh place in Germany’s top-flight, announced an exchange programme co-operation with the Ultimate Strikers Academy in Nigeria, where players will have the opportunity to train with the club’s various youth and senior sides.

Wolfsburg’s Director of Sport Klaus Allofs,Olaf Rebbe said on the club’s official website: “We are delighted to welcome our first international cooperation partner, in the Ultimate Strikers Academy, here as VfL Wolfsburg.

Rebbe said that “For talented youngsters such as Victor, it is a major advantage to combine the games at home with the academy team, with knowledge of youth training and operational processes in European professional football.”

Osimhen was one of the stand-out performers at Chile 2015, scoring a staggering ten goals in seven appearances at the tournament, eventually leading Nigeria to the title.

His performances led him to be awarded the adidas Golden boot and adidas Silver Ball awards.

Victor told National daily that he is very happy to join my new club, I am hopeful to shine here.

Osimhen revealed that am here to show case what i have and make Nigeria proud.
While the Manager said that he is delighted for making the right choice for my player.

He added there have been a lot of pressure from different people, we are very happy everything fall into place.

Share this on WhatsApp
Related Topics:BundesligaFifa U-17 World Cup Chile 2015Golden EagletsVictor OsimhenWolfsburg
Up Next

How Rahman discovered Sylvester Igboun and other football sensation