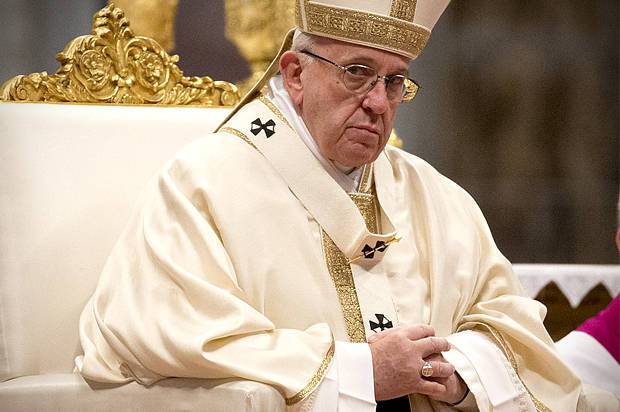 Share this on WhatsApp
Spread the love
Pope Francis says hell – believed to be a place of condemnation for deceased sinners – does not exist.
The pontiff reportedly said this in an interview published by Daily La Repubblica, an Italian newspaper.
The interview was conducted by Eugenio Scalfari, a veteran Italian journalist and atheist who regularly muses about faith and religion, and enjoys access to the leader of the Catholic Church.
“There is no hell where the souls of sinners suffer in eternity,” Scalfari quoted the pope to have said.
“After death, the souls of people who repent are pardoned by God and join in his contemplation. But those who do not repent, and therefore cannot be pardoned, disappear. Hell does not exist… what exists is the disappearance of sinful souls.”
But hours after the report was published, the Vatican issued a denial, saying comments attributed to the spiritual leader denying the existence of hell are a product of the journalist’s reconstruction of the pope’s remarks and not a faithful transcript of the pontiff’s real words.
The Vatican said the pope did receive Scalfari “in a private meeting” to exchange Easter greetings, but he did not “give him an interview”.
“No quotes of the aforementioned article should therefore be considered as a faithful transcription of the Holy Father’s words,” the Vatican said.
It is part of the beliefs of Catholics all over the world that there is a place like hell, meant for punishment of sinners after they have died.
In the past, the veracity of quotes Scalfari attributed to the pope has been called into question, especially after the journalist admitted to never using a tape recorder during interviews.