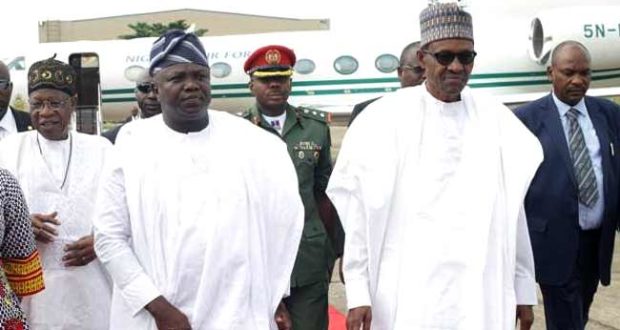 Share this on WhatsApp
Spread the love
President Muhammadu Buhari will on Thursday begin a two-day working visit to Lagos State. The event is a historic one as it marks the first time the President will visit the state since he assumed office on May 29, 2015.
While in the state, he will perform the official flag-off ceremony for the construction of the Lekki Deep Sea Port project, Ibeju Lekki, inspect ongoing construction works at the Eko Atlantic City, Victoria Island, and commission the Ikeja Bus Terminal.
The Lagos State Government declared a Public Holiday on Thursday the 29th of March for the State to welcome the President. This decision comes with an opportunity cost to Lagos State in terms of loss of economic value created and salaries paid for work not done.
Based on a widely circulated figure, the state claims it has an estimated GDP of $90 billion. This equates to $246 million or N8.8 billion per day in loss of economic activity. Let’s even assume 50% loss in value of economic activity in the state, it comes to N4.4 billion.
If you include the disruption in economic activities due to heavy traffic, roadblocks, restrictions on movement to the public holidays then a 50% loss is likely.
The last most recent published accounts of Lagos State was for the year ended December 2015. In the account, the state claims its personnel costs amount to N86.3 billion annually. Dividing that into 12 months and 22 working days in March amounts to about N327 million only.
Figures from the 2018 draft budget place the expected budget for local trips for the President at N250 million. For security reasons, the exact details of the President’s entourage and vehicles are not disclosed.
Here is a rough estimate of how much we think the trip will cost. Some expenses will be borne by the Lagos State government being the host state.
Advance party N10 million
An advance party usually arrives before the President, to coordinate protocol and logistics. Assuming the advance party is made up of at least 200 officials, with each receiving an out of station allowance of 50,000 per night. That equates to N10 million.
The President’s official vehicles are usually moved by aircraft carrier ahead of his arrival. This is done using a C-130 aircraft carrier. The C-130 has a tank capacity of about 6000 gallons which equates to 30458 liters. Using an estimate of N220 per litre, fuelling the plane could cost N6.7 million for a one-way trip. For the regular Presidential aircraft, fuelling costs could hit N2 million.
The exact size of the Presidential convoy is unknown, as some cars in the convoy belong to other agencies related to the Presidency. Assuming the Presidential convoy where to be 50 in number with an average fuel bill of 30,000 per vehicle. That adds to N1, 500,000. Miscellaneous N5, 000,000