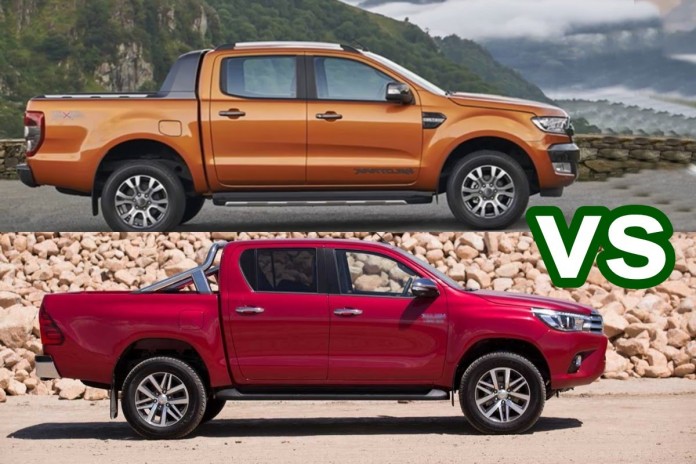 The old rivalry between Toyota Hilux and Ford Ranger for the juicy pickup market in Nigeria has come up again as both products have been nominated for the 2016 pickup of the year by the Nigerian Auto Journalists Association.

Mitsubishi L200 is another pickup shortlisted in the category, which analysts expect to be one of the mostly keenly contested segments of the annual auto award.

Toyota, Ford and Mitsubishi have through their representatives in Nigeria said on a number of occasions that the pickup is a large market, which they cannot afford to toy with.

The Nigeria Police Force, the Federal Road Safety Corps and para-military groups, state traffic agencies and other organisations (government and private) mostly use the pickups as operational/patrol vehicles.

The rivalry between Hilux and Ranger transcends Nigeria. In other markets in Europe, America and Asia, the shares of the two brands are remarkably high, going by their overall vehicle sale figures.

They have consistently remained at the top of vehicle sale charts of many countries in the pickup segment.

In Nigeria, Hilux and Ranger were nominated for pickup of the year in 2015 edition of the auto award organised in Nigeria by Naja.

While Toyota Hilux emerged the winner in 2015, the Ranger won the prize in 2014, ahead of other contenders.

Providing some of the striking features of the Hilux, Toyota Nigeria Limited says the strength of the vehicle lies in the vast volume of data Toyota has amassed in years of building reliable and rugged pickups.

Hilux range is available in two-wheel drive/4WD single and double cabins and petrol and diesel engines, it says.

The firm says, “All models feature a laser-welded high-tensile steel body and chassis that has been subjected to exhaustive CAE simulation resulting in light weight with excellent torsional rigidity for precise handling.”

The Hilux has high-integrity cabin that protects its occupants and ensures the doors function normally after a collision to facilitate escape or rescue efforts.

Its other safety features include front and rear three-point ELR seatbelts, headrests, and an energy-absorbing steering column that contributes to the driver’s protection in a frontal collision.

According to the automaker, the Ford Ranger remains one of the most capable and versatile trucks in its class as customers can choose from three body styles: two-door Regular Cab, Super Cab with additional rear-hinged doors accessing second-row seating, and four-door Double Cab.

The Vice-President, Marketing, Ford of Europe, Roelant de Waard, said, “With the stunning new Wildtrak at the pinnacle of the line-up, the new Ford Ranger provides customers with an unbeatable combination of four-wheel drive capability, stand-out styling and premium features like SYNC 2 connectivity.”

The L200 is considered one of the Mitsubishi’s long-time global best-sellers. Designed as an ultimate Sport Utility Truck, the manufacturer says the vehicle combines the comfortable interior of a passenger car with the functionality and reliability of a pickup.

CFAO Motors says the new L200 is built to handle all kinds of terrain, adding that it achieves high levels of safety performance through its durable and sturdy chassis and frame structures along with its impact safety body.

The all-new L200 is available in single cab and double cab variants, with a three-engine line-up.

The all-new L200 also delivers quietness and ride comfort on a par with a passenger car, thanks to a new engine, optimisation of the suspension, the strategic placement of sound insulation, absorption and vibration damping materials.

Meanwhile, the organisers of the auto event say the programme will hold in Lagos on November 24, which will feature about 25 categories drawn from the automotive industry and ancillary sectors.